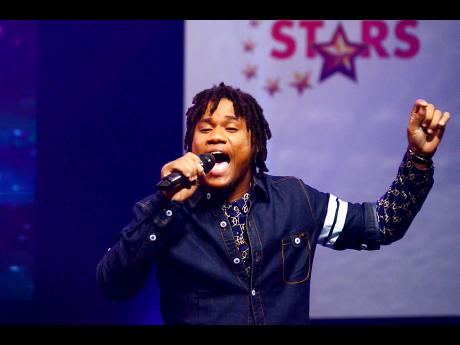 Odean 'Journey' Ricketts says he is relishing the opportunity to be the new lead singer for reggae group Raging Fyah.

"To be the new lead was an offer I could not pass on," said the Gazeland, St Elizabeth-born artiste who is now preparing to perform with the group at next week's staging of the Bright Side Festival in St. Ann.

"It is very humbling and I am honoured to take on the challenge," Journey added.

"I have been a fan of Raging Fyah ever since they came on the scene. As an artiste and musician that loves reggae and roots music, Raging Fyah was what I gravitated to because it spoke to who I am. I always loved the band and the vibe, so to be the new lead singer, is hard to put in words. It is an honour, it's a dream come through. Becoming a member of the band that I have always looked up to is very humbling, it's also a big responsibility and I don't take it lightly," said Journey in a statement.

Band leader Pele said the Grammy-nominated group is fired up for the new journey.

"Journey was familiar with all our music," he said, adding that "the time is being used proficiently to tighten up certain key areas."

"We all thought he had the best overall package that fits in with the rest of the group; from a voice that emits raw soul to the overall way he uses to capture the sound that is roots-rock-reggae."

"He also radiates qualities that match Raging Fyah's mission which is to uplift people through music as well as lifestyle," Pele said.