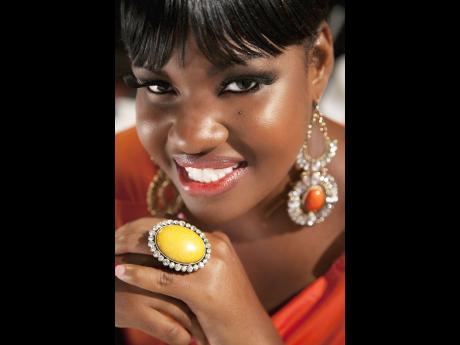 Reggae singer Ambrosa is looking forward to a bright future in music.

The Kingston-born artiste, who resides in Florida, is getting ready to release her new single, titled Go Down Babylon.

The song, produced by her, is slated to be released on her Immortal Prosperity Production imprint next month.

"I'm so excited about this song; I can't wait to get the final mix. It has a strong message, and I'm sure the fans are going to love it," she said.

Ambrosa is scheduled to visit Jamaica in March to promote the single and shoot a video for it.

"I'm looking forward to visiting Jamaica soon ... I'm also going to do some recordings while I am there," said Ambrosa.

The talented singer, who holds a bachelor's degree in business marketing from the University of West Georgia, says she believes in the use of music for positive change and upliftment.

"I'm not into music just to be a star and make money; I have a greater mission. I want to use my music to uplift people and inspire them to do great things. My greatest desire is to make a positive impact on humanity with my music."

Ambrosa, whose given name is Amanda Ambrosa Chloe Jacas, was born in Kingston in 1988. Her mom died when she was just 14.

Shortly after her mother's passing, Ambrosa moved to live in Florida with one of her aunts, who adopted her.

She launched her recording career in 2011 with the release of a song titled I Like, also on the Immortal Prosperity Production label.