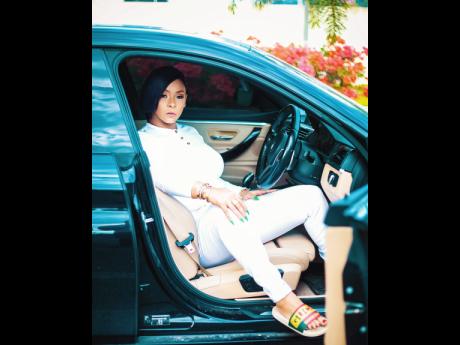 Known in entertainment circles as the 'rebel that says what she feels without apology', Danielle D.I. took to social media last Friday to share her views on colourism and its impact on African women of varying complexions.

The videos, posted in two parts, have garnered over 200 comments, both in support and against her stance.

She listed some of the struggles women of lighter complexion go through, including her. Many of her critics are of the view that she was tackling fellow female dancehall entertainer - Spice.

When contacted by The STAR, D.I. said: "The videos of me speaking about colourism were done off my own motivation (not tackling anyone or anything) to speak out on a topic that is affecting the black community as a whole."

The Class singer explains that when Buju Banton had done Love Mi Browning, he received backlash and returned with lyrics like, 'Mi nuh stop cry fi all black woman, big up all de girls dem wid dark complexion,' but noted: "It was his way of showing respect for complexions."

"It exists across the board what black people experienced in the past is still being felt in the present, every second of every day no matter how dark an individual is, once they are of African descent."

She says that as an entertainer and a woman of a lighter complexion, she has experienced colourism in various ways, as people automatically assume that her life does not have challenges.

"It's like a everyday struggle I go through as a light skin black woman. From persons not allowing me to use the bathroom in foreign countries or waitresses refusing to serve me because of my complexion. Even in my own country, people misjudge me and I am left to prove myself 10 times harder that I come from humble beginnings and genuinely went through certain struggles," she said.

the struggle is real

As Black History Month approaches, she adds: "All I want people to do is acknowledge that the struggle is real whether light or dark-skinned, but at the same time in the past 30 years, I don't believe skin colour has been a measure of how far a person gets in life. Don't tell me you have struggled more because you are darker show me which dark-skinned entertainer was intentionally held back in the past 30 years."

Danielle D.I., who is preparing to release a new single Powah, coincidentally, addresses freedom of speech, the power of the female body, and the potency of words in the song.

"Even from speaking our national dialect, people have the nerve to say it does not fit me because of how I look," she said. "I don't know how my colleagues can help to fight the issue of colourism and/or racism in general, especially because it is still in this day and age seen as a taboo topic but I definitely see the importance of keeping people aware by understanding different perspectives. A person can only speak of what they have been through, but there is no true method of measuring pain and suffering on the basis of one's complexion saying someone who is darker had it harder than the person that is lighter."