I-Reef ready to 'govern the road' 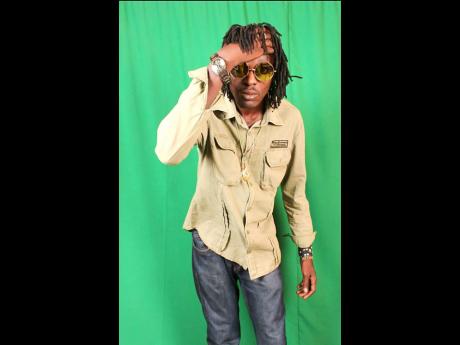 Reggae artiste I-Reef is gearing up to release the video for his latest song, Govern the Road,

"We shot a video which is in post-production now and will be available at the end of the month," he said.

The single seeks to inspire the youths to follow their dreams, no matter the odds.

"It is easy for people to give up on their dreams, so this song is a reminder that anything the mind can conceive, it can achieve; don't let your dreams die. Believe in yourself, never give up," I-Reef said.

I-Reef, whose given name is Bernardo Wollaston, was raised in St Ann, where he attended Lime Hall Primary School and continued his studies at Marcus Garvey High School.

He grew up with memories of his parents playing a multitude of reggae music, which included legendary artistes like Bob Marley, Jimmy Cliff and Dennis Brown.

"I loved music from a tender age. I was also inspired by Garnet Silk. I became a Rastafarian in 2010 and started to grow my covenant," he said.

A chance meeting with record producer Damion Henry and Romain Henry of Reef Records led to the opportunity to sign a recording and booking contract with the label.

The Henrys invited I-Reef to visit their recording studio and recorded a controversial hard-hitting song, Parliament, which was released in 2013 under the moniker King Shower.

The artiste was forced to change his name because that name provoked partisan political passions, which hindered the progress of his career.

"So I chose the name 'Reef' because of the label and the fact that the reef is a clean place in the ocean, nothing dirty or corrupt can stay in the reef. I try to live free of corruption and dirty thoughts," he said.