I'm not standing with Bushman ... Tarrus Riley explains his post about reggae singer 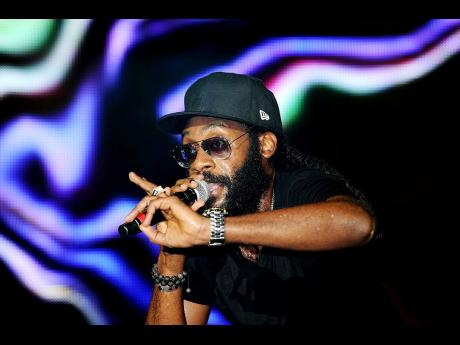 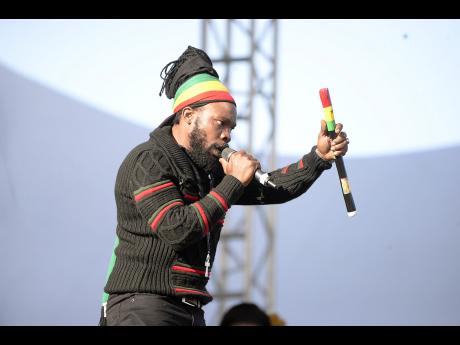 I'm not standing with Bushman

While numerous recording artistes and music industry professionals, have joined in support of Bushman, at least one person has voiced that he does not 'Stand with Bushman' which is officially a trending hashtag within the social media sphere.

But fellow reggae singer Tarrus Riley, who, like Bushman, hails from east St Thomas, told The STAR that he stands with the music.

"There are two different narratives as far as I know. I didn't 'stand with Bushman', but I salute him. What I am saying is from a professional stance, I can definitely relate, it is something I have experienced throughout my career," Tarrus said.

Tarrus shared the video of Bushman on stage at Rebel Salute and posted his appreciation and respect for the Nyah Man Chant entertainer on Instagram.

quality of some songs

But he said that he does not agree with everything that his colleague discussed in interviews that followed which literally had Bushman in tears. Among his comments, Bushman criticised the quality of some songs being put out by his colleagues.

"I like how he stood up and represented his music, meaning that, regardless of the instruction he received, it was unfair for him to be there at the allotted time, standing up all night to just do one song. He put his foot down to complete his set and (would) not get rushed or bullied off the stage. As far as comments (and the outcry) against the types of music, I have a different view," said Tarrus.

He said that what goes on is not about one person or their work, it is about the music industry that affects everyone.

Tarrus described himself as a 'dancehall baby' who is also a Rasta man who sings conscious music. The reggae entertainer, known for his lyrics, "And while you're worshipping your treasure, member nothing lasts forever" explained that music has been a platform for expression and within the art there has to be a variety.

"As a true artistic being, I accept the art for what it is. I would be a hypocrite for that because I listen to gun songs and those that have a sexual mood so I will not stand with anyone on that matter because I love all kinds of music from all kinds of artistes once them show the versatility that they can do more than one thing," he said, "Bob Marley sang 'I shot the sheriff ...' people interpret it how them want but that is a gun man song in some people lives."

He shares that there are times where he prefers to hear the aggressive, up-tempo music and others moments, "for example when I am with my significant other where I want to lock in soothing, sexy music."

The question he asks, "Is it about the censorship of music or organising things, putting them in the right place? Because just like an artiste on a stage show has his or her time and place, everything deserves similar acknowledgment. I can't stand with something like fighting against another artiste's lyrical expression."