Portland Sound Splash to bring entertainment to the east 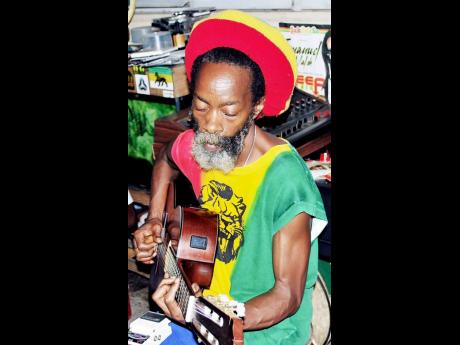 Long before the fancy breakfast parties, the week-long party series and the plush, air-conditioned club experience, there was the street dance, where sound systems from near and far would string up their equipment and play the hottest 'chunes' and dubplates to the delight of patrons.

It was also the platform used by many up-and-coming artistes to prove their worth when they got the mic, as was the case for Paul 'Natty Pablo' McKenzie, one of the organisers of Portland Sound Splash.

"I've been deejaying for a long time, and sound was always my thing, so it's important to keep it going," McKenzie told THE WEEKEND STAR. "We want to show the youths how it was back then and the joy we used to have inna dance when man and woman danced together. We want to bring that vibes back."

The sound-system festival will unfold at the Innis Bay Beach in Portland on May 18, with a stellar list of veteran sound systems and artistes set to provide clean entertainment throughout the day.

McKenzie said they flocked to the east to revitalise the entertainment scene there, as well as for its idyllic setting for an all-day-and-night affair.

All facets of Jamaican music will be heard; the venue will be blessed with Nyabinghi drumming by the Binghistra group, and a mento band will take attendees on a cultural trip.

"In the night, we're gonna have the big sounds like King Jammys, Bass Odyssey, Metro Media, Danny Dread, Emperor Hill from Japan, Nexx and Ilawi, so many sounds, and each will be playing for one hour and a half," said McKenzie.

Others on the line-up include Josey Wales, General Trees, Luciano, Tinga Stewart, Peter Metro, Little John and Sizzla, acts who have their own love-affair tales with sound-system culture. For an event birthed more than three months ago, McKenzie said it was not hard getting the acts on board.

"We are from the same fraternity. Deejaying is in our veins, and we're trying to keep it alive. We just call we brethren dem, and everybody was ready to go," he said, adding that there are plans to make it annual event.