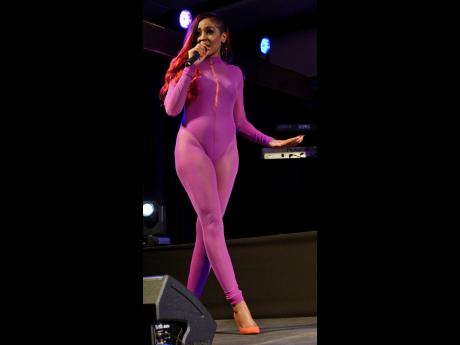 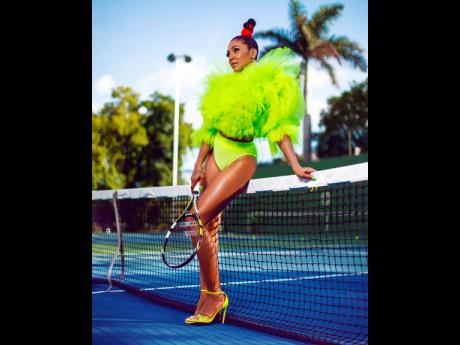 However, the entertainer has now dropped that moniker and says she only wants to be referred to as the 'Lady of Dancehall'.

She made the revelation in an Instagram post yesterday. In the short video posted to her official page, the entertainer did not go into much detail surrounding the change.

This left many social-media users questioning the timing of her move.

The moniker was something D'Angel adopted after she became romantically involved with Beenie Man, known in the entertainment sphere as the 'King of Dancehall'.

So, some users believed the entertainer's decision comes following news that her divorce from Beenie was recently finalised.

Others assumed that with many other female artistes now rising to the top of the dancehall hierarchy, D'Angel finally realised that the title was no longer hers to keep.

But in an interview with THE STAR, D'Angel rubbished those claims, labelling her decision to drop the title as a signal that she is entering into a new phase of her life and career.

She explained that in doing so, she will not be carrying anything from her past that she believes will contradict her growth.

"I'm on a different level now. I'm about to venture into different things and the 'first' nah come wid mi. Of course, I will always be the "FIRST" of a lot of things. That will never change," she said, scoffing at the idea that her decision was prompted by the finality of her marriage to Beenie Man. "Me and Beenie Man been done, been over, and been doing our own thing. Dem same people deh weh a talk now, always a put me and him inna things weh wi nuh inna. My real fans will understand this move and to those who are saying that I will always be the first lady in their eyes; I'm just asking them to respect my decision."

She added that although people have been saying it was inappropriate for her to be using the 'First Lady' title given that her and Beenie Man have not been in a relationship for years, she did not relinquish the title because of pressure.

"Pressure? A weh dat a go? A me sing Stronger! I've been through mi worst, now I'm living my best life, so how people fi pressure me? Mi do weh mi want when mi want and how mi want. Me a do me," she said. "Like I said, I'm on a different level and the 'first' naah come wid mi."

D'Angel also clarified that her new moniker should not be seen as a diss as she is in no way saying, she is the only 'lady in dancehall'.

She explained that it is the culture for artistes in dancehall to take on a title upon themselves whether it be 'queen', 'princess', or 'king', and that each artiste takes on an identity they believe best suits them.

She said she believes that giving oneself an identity is smart music tactics and believes it can work to the artiste's advantage if they know how to market themselves properly.