Shauna Controlla ... Happy with decision to go under the knife 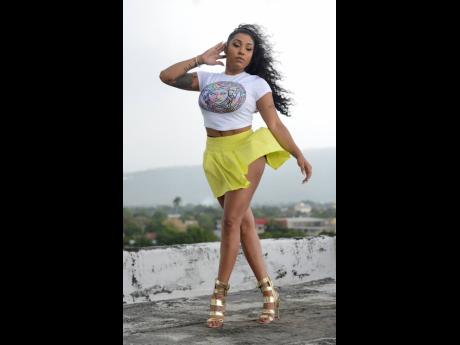 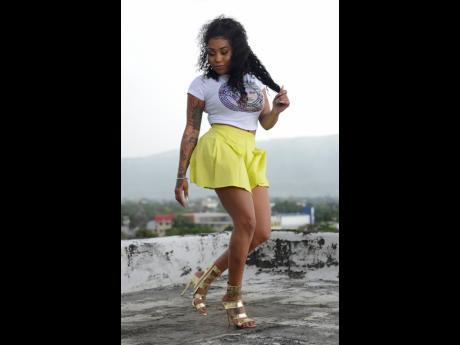 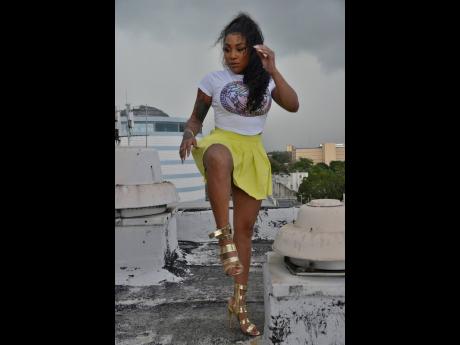 Shauna Controlla is one rising star who has heads turning, particularly because she looks a bit different from when she was first introduced to the public.

After having a child at 17 years old, she fell into the 'mommy look'. With an aspiration to make it big in the music industry, the entertainer took herself to the dentist and then to the operating table.

Before, she was a girl with a 'mommy-pouch', and a chip on her tooth. Now sporting a photo-shoot-ready figure, the former artiste manager is happy with her decision to go under the knife for cosmetic surgery, as it has alleviated some of her self-esteem issues. However, nipping and tucking is not quite the permanent fix.

"You have to go to the gym after yuh do yuh body. You don't do it just suh, everything ah guh just drop back. Skin can stretch," the STAR of the Month said.

While there may be some restrictions for some patients post-surgery, Shauna's procedures still allow for a range of movements. "You can lift weights, you just can't lift like yah one man . You're supposed to know what your body can handle," she stated.

Shauna elected for plastic surgery in the Dominican Republic to correct stretched skin on her midsection and sagging breasts from childbearing and breastfeeding. "I got rid of the fat out of my stomach to show off the figure I have that's been hidden all this time," she said.

Though it seems like she has a bigger butt, the performer insists otherwise. "I didn't touch my booty. Mi cyaa do no more enhancements. Me ah guh look like donkey."

Before taking the decision to get modified, Shauna evaluated herself, for herself.

"Every little fault I have, me have to find them. Mi couldn't make people point out the fault dem. Me see dem and take care of them. Little by little when I can."

She added: "Just like when me did come here and mi teeth chip off - mi never like when unu ah video me or take picture, or even laugh because of the chip teeth. It make me look like one of mi teeth dem gone. So I took that step of fixing my teeth."

With her baby fat and belly, Shauna often opted for black clothes to make herself feel comfortable. But with her plans to dominate the music industry, such an attitude couldn't work.

"Mi did know seh if me ah guh enter the business, me wah fi feel confident when time me ah look inna the camera," she continued.

Before seeking out cosmetic surgeons, Shauna has this advice for those experiencing any kind of esteem issues: "My advice is fall in love with yourself. Even if you nuh look good, tell yuhself seh yuh look good."