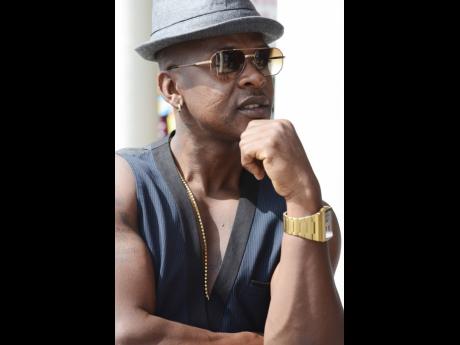 Many would recall Mr Vegas' emotional meltdown on social media more than five years ago after finding video footage of his babymother cheating on him in front of their young daughter. It is an incident that the entertainer has not been able to live down, but it is one that he intends to use to set an example for other men.

"I am past that long time now. I dealt with all the emotions, as well as the ridicule that came with it, and I think other people can take from my example," Mr Vegas told THE STAR.

"Looking back at the situation, I rather people remember me as a gyal idiot and being ridiculed than reacting violently and ending my career."

The artiste really broke down the incident for the public when he released a track called Bare Tingz. Would he have done things differently now?

"Reasons men kill women is because they don't know how to deal with their emotions. I have matured. Maybe I would have done it differently, maybe I wouldn't have made it public knowledge, but actually talking about it was like therapy for me," Mr Vegas said.

But these days, he is in a happy place. "New girl, new life, and new happiness," he said.

Mr Vegas did admit that the bond between him and his babymother was broken, but as parents they are trying to build back. He said that they recently reconciled, and he reunited with his now eight-year-old daughter.

"I saw her for the first time for Christmas last year and last time was in March for her birthday. It is a big victory," he said. "If I was violent, I wouldn't even get to see her or any of my seven children grow up at all."

Still, the memories live on.

"I am human. Just like any other person would have memories of a bad time in their lives, so have I," he said.

These days, Mr Vegas is promoting a song that is directed at men who get violent because of jealousy. In the song, Can't Go Without (Front), Mr Vegas sings: 'Me can't go without sex fi a week, but bad man nah kill no gyal weh cheat.'

Mr Vegas said: "It more straightforward than other songs, saying not to kill, better you find a mature way fi deal wid it."

"Me basically want the message to be that it is nonsensical fi kill over 'front' and end dem life whether by harming others or themselves and suffering the consequences of being in prison."

He said that the rate at which men have been killing their female spouses is distressing.

"There are clear cases that there is a real problem with men hurting women because of their own jealousy, and there are men that believe women should be punished for that behaviour. But it is asinine to hurt a woman over her own property, much less agree with violence against women," Mr Vegas told THE STAR.