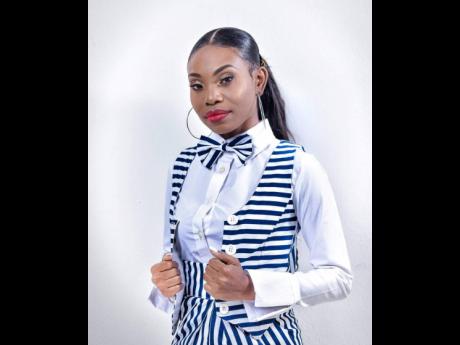 Aptly titled, the project comes only after the singer was convinced that she had developed herself to be more than a performer to being a gospel minister.

Though already known in the industry, Levy treats this release as her true introduction to the local gospel music space.

I'm Ready comes after the singer spent time focused on righting her spirit and increasing her Bible knowledge.

"We've been working on my music behind the scenes, but it was like God was touching me - pushing me to go to Bible school. I don't want to just be a gospel singer, but a gospel minister. So God said ' bible school time'," she told THE WEEKEND STAR.

As a result, she was absent from the gospel stages for a few years. "I stopped doing events. Mi seh mi nah do no more events until this EP done," she said.

Levy pushed back on doing radio, print, and television interviews as she toiled through classes and recording sessions with Adrian Scarlett of Hitz Factory Records - until now.

The lead single from Levy's debut is Give A Little. Without any kind of promotion, Levy claims that the song is already playing in the streets.

"Radio stations have been supporting it. I'm hearing it on the road. People just pick it up. It shocked me at first because it's my first real project," she said.

And with no launch event or major concert performance planned, Levy has another promotional idea in mind.

"The Lord is leading me to do church tours. This EP is the introduction of me. People don't know me yet, so I want to give more of myself," said Levy.

But why does Levy think Give A Little got picked up so easily, with no promo?

"It's not a 'foot song', 'head song', or 'heart song'. I wrote it so that people can listen and enjoy, with meaning. And it's different. The track is a mix of old-time sound with our sound. People say every time they hear it, they can't stay one place. I hear people say they're working in the kitchen, hear it, then can't stop move them bottom," she said.

Levy explained that the EP's other tracks cover a multitude of genres. The title track is a worship shop. It's Alright is a reggae song while You And I is influenced by trap music. God Loves Me covers Afrobeat. Another track, Eyes On You, also encapsulates the essence of Levy's journey to finally releasing a project.

Considering all the work written and unreleased, Levy surmises that she had enough material to release a complete album.

"But I don't believe in making a song and just putting it on the road. I could write a song and it's not the right season for it," she said.

The complete EP is currently available for download and streaming on all digital platforms. The music video for You And I will be released this Saturday.