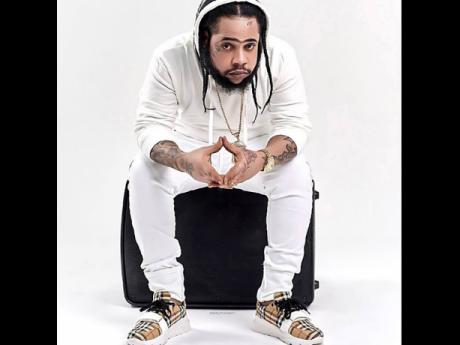 In dancehall, there are no conventional characteristics of a 'heart-throb'.

But in recent times, it seems an unchallenged fact that 'every gyal does indeed love 6ix'.

And leader of the pack, Salt Spring, Montego Bay ambassador Squash, is the blueprint.

The Beat Dem Bad singer is fairly short and stout and has no immediate plans to hit the gym - not usual makings of a 'Man Crush Monday'.

He is also covered in tattoos, made brighter by bleaching his skin - a regimen supported and maintained by his mother.

Squash describes himself as a normal youth from the ghetto. These days, one rite of passage popular among such youth is bleaching.

Add a dancehall career and bleaching is a characteristic. When asked why he bleaches, he retorted with: "You nah use nothing? Mi know you ah rub some herbal sumn on yuh face."

He doesn't know what products he uses to catch his chrome complexion, because his mother mixes the lightening concoction for him.

"We have to get the recipe from mommy," he smiled.

That's when he revealed that his mommy used to bleach.

There is one thing Squash doesn't really like about his appearance, some choices he regrets and plans to correct. The many tattoos, inked over most of his arms, will one day be gone.

"Dem have some whole heap a explanation, yah man. Some ah just ink and likkle markup, markup. Soon take out some of dem man. Laser out some of them. Sometimes me vex seh me cyaa look pon mi hand dem," Squash told THE WEEKEND STAR.

As for the pudge, Squash isn't at all concerned. Declaring that his stamina is fine, Squash says his current physique 'govern'.