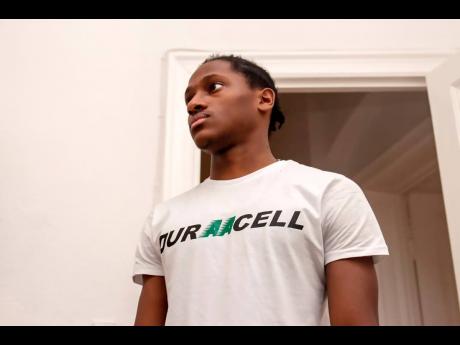 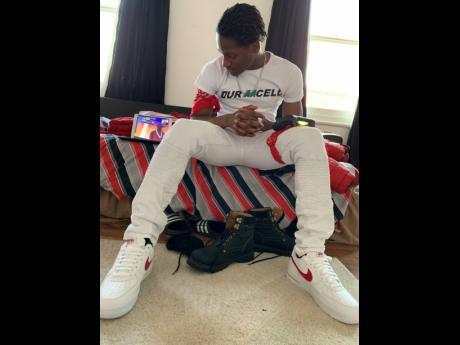 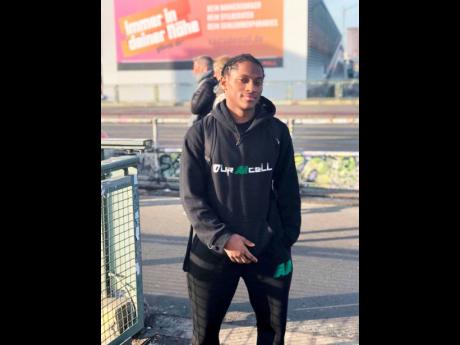 Social media has become a haven for many aspiring creative talents, entertainers and aspiring, masked vigilantes. Lately, making the rounds across platforms (Twitter and Instagram) is a 14-second video of a young man vigorously Genna Bouncing across a stage before cartwheeling, tumbling and landing neatly in a sturdy 'Spiderman' pose; his feet connecting firmly, perfectly on the 'bomb' of Aidonia's wildly popular song.

The young man's identity is no secret. He is 21-year-old Aaron Donaldson, otherwise called 'DurAAcell', a Britian-born, second-generation Jamaican and Dominican. He is now seeking to make a living from the things he likes - dancing, acting, and weapons training. That's right. A quick scroll through his Instagram account will show the young dancer's posts interspersed with weapons training clips with real samurai-style swords.

If not for his accent, it would be difficult to distinguish DurAAcell from a young dancer in Jamaica. Despite his obvious comfort within the dancehall space, dancing wasn't his first choice career.

When THE WEEKEND STAR spoke to the energetic youth, it was uncovered that just about two years ago he tried his hand at sports.

"Basketball is what I wanted to do from primary to secondary school. But I didn't make it to America," he said.

Instead of wallowing in defeat, DurAAcell decided to put his energy into every other outlet he enjoyed.

"I did parkour or free-running, acting for three or four years, singing and martial arts. I suppose I've been dancing all my life, but I started taking it seriously last year, [which] the first time I did a dance routine. Before, it was just me grooving to music. But since last year, I've been to different dance classes," DurAAcell revealed.

He has also infiltrated the tertiary-education space, teaching dancehall moves to college kids. He is also affiliated with Caribbean Party UK - a young group that wants to bring the island vibes to Europe.

As he works to develop his skill set in dance, parkour, weapons training and acting, DurAAcell is also planning a trip to Jamaica next year to visit his father's family in Clarendon.