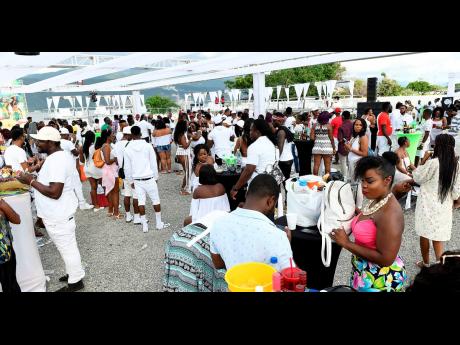 Patrons in attendance at Sandz at 7th Harbour on the Palisadoes Road on January 1, 2018. 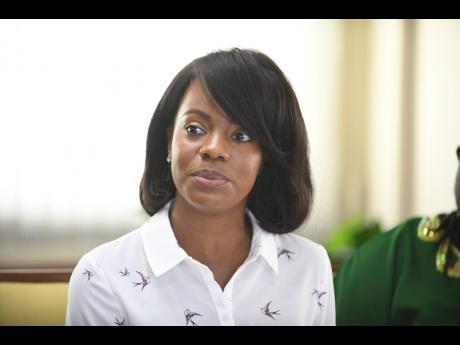 The issue of permits has once again reared its head, this time during Emancipendence Week 2019, after two heavily advertised and highly anticipated events were denied permits by the Kingston and St Andrew Municipal Corporation (KSAMC).

The turnover period for approval or denial of event permit applications is also in question. The two events in question, Sandz Offshore and the Jamaica Forum for Lesbians, All-Sexuals and Gays' (J-FLAG) Breakfast Party, was scheduled for separate venues.

While the reasons for denial of the permit for the former was stated, the reason for the other was not immediately made clear.

In fact, there is still some confusion as to whether the latter event would still be held.

Last week on Emancipation Day (August 1), Sandz Offshore was scheduled to be held at the Constant Spring Golf Club.

However, organisers for the global party series posted advisories to their social media platforms days before the anticipated date - with the unfortunate news that requisite permits from the relevant authorities to host the event were denied.

Sandz organisers revealed that their permit applications were submitted at least two months prior to the event.

The reason given for the denial was the additional roadwork along Constant Spring Road, that, it was felt, could adversely affect the flow of traffic along the roadway during the event.

J-FLAG's highly anticipated Breakfast Party, for which there are scheduled performances by Yanique Curvy Diva, Tifa, and Ishawna, was advertised months in advance.

It was to be held at the Sunken Gardens at the Hope Botanical Gardens. But just three days before the event, scheduled for tomorrow, Independence Day, J-FLAG posted to its social media platforms announcing a venue change from the Sunken Gardens to the Constant Spring Golf Club.

According to Suelle Anglin, associate director of marketing, communications and engagement with the advocacy entity, they applied for the relevant permissions which yielded no response from the KSAMC.

"When I called on Friday (August 2), they said it was denied," she shared. However, she said that no reason was given.

She surmised they were denied because of residents' complaints about party noises in the Hope Gardens/Hope Pastures areas.

When pressed as to whether the entity was given permission for the Constant Spring venue, a response was not forthcoming from Anglin.

When THE STAR contacted the KSAMC, a representative said they were unaware of approval being granted for J-FLAG's event relocation.

The representative promised to check but up to press time, THE STAR did not get a response.