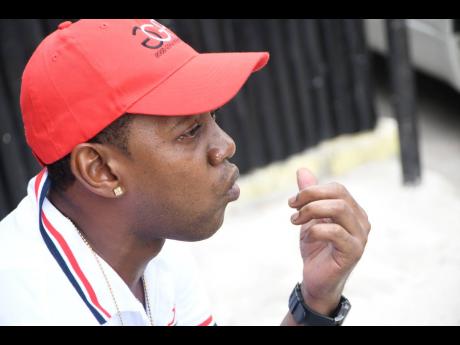 Boom Boom says that the public misunderstands the true purpose of the payments given to selectors by artistes; seeking to have their songs played.

The ace selector says it works out as a promotional agreement between the artiste and the selectors.

"When unu ah seh me collect money, mi deal with promotions. When a artiste link me and seh dem want a couple videos on YouTube and Instagram - to how di ting work, mi tell dem. Mi ask dem dem budget, [and for example] dem say they can do a $50,000. The yute dem weh dance get money outta it - fi get a buzz round the song. The girl em weh dance, dem get money out of it. Mi have a next team weh spray di torch; dem get money outta it. More time, me haffi go inna my personal money and gi dem."

"You have to advance, because you have the younger generation. Normally, as a deejay, we used to download song off the internet to play the music - different from when we used to buy record. But things and times change."

Technology has changed the way selectors access music, and how artistes share it. With multiple new songs hitting the streets everyday, selectors depend on the diligence of a recording artiste's team.

"If artiste have a yute ah do roadwork fi yuh - once you have somebody inna di street ah represent for yuh, yuh song must play," he told THE WEEKEND STAR. These days, a roadie can quickly email a song to the selector and get the record spinning with no groundswell necessary.

The developments are not without their drawbacks. Boom Boom claims artistes don't have a presence in the dancehall.

"Is nuff artiste we as deejay help - and when we help them, them turn them back on us. Yuh nuh even see dem one time at one of the event dem. Dem change all dem number, yuh not even can get a jingle. Dem ah make it bad for a young artiste - is like the yute dem ah think different now."

Still, having a promotions budget or a dependable road-dog are not the only ways to ensure your song gets played in the dancehall. The other sure-fire way to get the selectors attention is to have a hit.