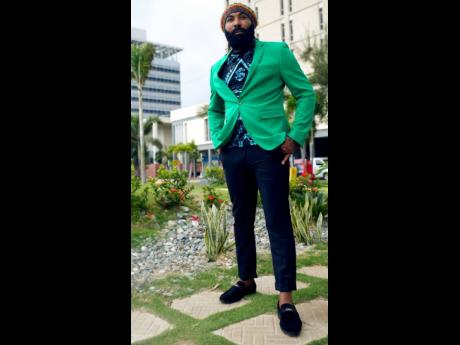 Reggae singer Anthony Cruz is thankful for the support he has been receiving for his latest single, ' Oh Lord'.

While the singer is no stranger to songs of a similar nature, he said this one was inspired by what he describes as the state of the local music industry today.

"I realised that the spiritual side of the music is missing, in and out of dancehall and reggae music. Nowadays it's full of freaks and gun lyrics, which has a bad influence on the youths," he told THE WEEKEND STAR. "I decided to put some spirituality back in the music by giving praises to the Most High, and the feedback has been overwhelming. Everywhere I go I hear it on the radio and in the dancehall so it's a big one all over; it's really an uplifting song every one can relate to."

The single is among 16 tracks to appear on his untitled eighth studio album to be released on Tads Record Label next March.

Also known for his serenading ballads, Cruz spoke highly of the project, which he said will not be restricted to one theme.

"I think I capture a wider audience, because you can't be singing about women all day when there are other issues in the world to sing and enlighten people about," he said. "Music is about educating and uplifting people, and though everybody expresses love differently to each other, I am sure everyone knows there is a creator of this world. Some people send the wrong messages with their music, but I definitely capture all audiences, and my music only gets bigger and better each time."