STAR of the Month: Macka Diamond plans to stay ‘Fit for Life’ 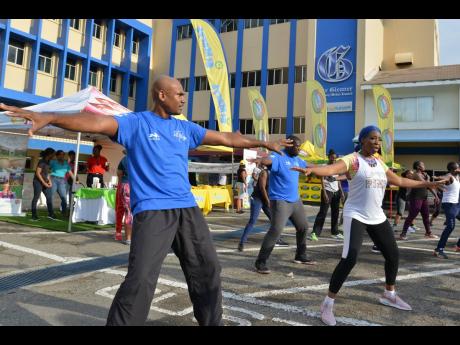 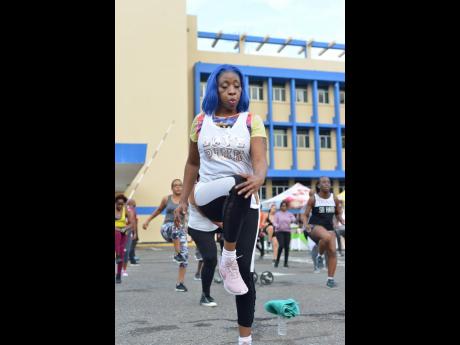 Next to her vegan diet, our Star of the Month, Macka Diamond, says a regular fitness routine is on her list of lifestyle changes to focus on.

The artiste joined the launch of The Gleaner’s Fit 4 Life health and fitness programme last weekend, and to her surprise became a participant in a butt-kicking, military style boot camp that left her breathless and sweaty.

“Although I knew it was a fitness-themed event, I did not anticipate that the warm-up segment would be so intense,” she told THE WEEKEND STAR.

Macka Diamond was among over 200 fitness enthusiasts who turned out early at the home of the media house at 7 North Street on Saturday morning, going against her normal routine, which includes stretches, a satisfying amount of cardio and her latest experiment, yoga.

“I have been meaning to get back into the gym under the supervision of a trainer that will push me harder to stick to the routine. This workout is a great start and this is a manifestation of my goals.”

By the second session for the morning, dubbed ‘Fit in 5’, the artiste was begging for a break. Legwork was Macka Diamond’s main interest, sharing that her legs are her favourite body part. However, with the coaching of the athletic Dr Alfred Dawes, she could not quit, even when her arms got tired during the arm-blasting workout routine. That’s when she took advantage of the massage station, where a need for sleep almost overpowered her.

Challenging her mind and body, the rejuvenated Macka Diamond grabbed a mat and hit the floor session. The moment participants recognised that it was in fact Macka Diamond, they became slightly distracted by her presence, and could not let her pass by without complimenting her figure – their comments acted as motivation to the entertainer.

“Macka Diamond nuh too old, people always ah look and ah comment ‘bout me age, but it nuh worry me. Me body good and me fit,” she declared as she delivered a medley of Cucumber, Bun Him and Dye Dye during the proceedings. “The energy of the people kept me going and I feel good about attending the event; who knows, maybe I’ll be back for the second week,” she hinted.