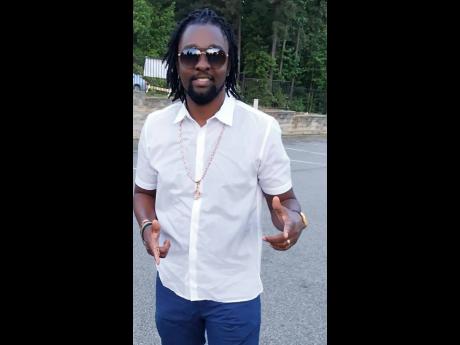 Multitalented dancehall veteran Delly Ranx has a career spanning more than a decade. Not only has he produced countless hits as an artiste but the all-rounder has also worked on several hits for other entertainers as producer and songwriter.

Elaborating on his contributions over the years, Delly Ranx told THE STAR that even when he seems to have disappeared from the forefront of the music, he is always putting in work behind the scenes.

"Delly Ranx is active and doing great things all over the world. I just released my latest EP called Need Your Love produced by myself and Loud City Music and distributed by Johnny Wonder 21. I also released my latest riddim project called Firestick riddim with artistes like Sean Paul, Vershon, Bugle and Jah Vinci having tracks on it," he said. "I started out production in the early 90s and from there things just started getting better and better, I'm tipping right now. Not because you're not hearing from me, doesn't mean me fall off or me done wid music or anything like that. The Red Bull and Guinness Riddim I came out with in 2006 was a success, the Cotton Swab riddim, which features Popcaan's Family was also a big success so things have been going great for me."

An ear for music

Ranx, whose birth name is Delroy Foster, said his success in the realm as producer has not come as a surprise to him because he was always being told from a tender age that he had an ear for music. "The first girlfriend I ever had in life told me I had a great ear for music and I was going to be a great producer one day because I know hits," he said. "Nothing in music is ever hard. I enjoy doing anything that has to do with music, whether performing, producing or helping artistes get their break. It puts a smile on my face when I do music and that's why I continue."

Speaking of assisting aspiring entertainers through the industry doors, Ranx said he has two new artistes he is currently working with; Phoenix Joans and Jah Wiz. "In the 90s coming up it was difficult for me to get on a riddim and when me do get on the riddim, my song always nuh come out on the first batch and dat always make me feel a way because is not like me never have talent. Knowing all dat, me always try me best to help yutes get a fair chance," he said. "I have my label called Pure Music Production for years now, more than 10 years but because I don't really publicise or show off things I'm doing, many people don't know."

In addition to producing and discovering new talent, Ranx continues to maintain his career as an artiste. He recently released a single called Move Lef the Crowd , which he says has been doing fairly well.