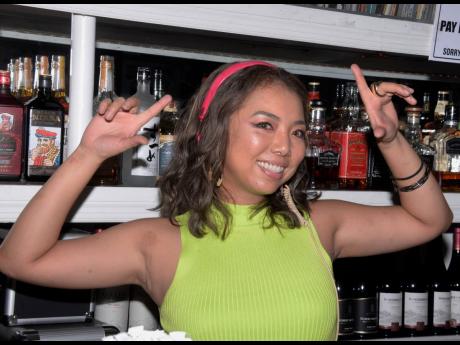 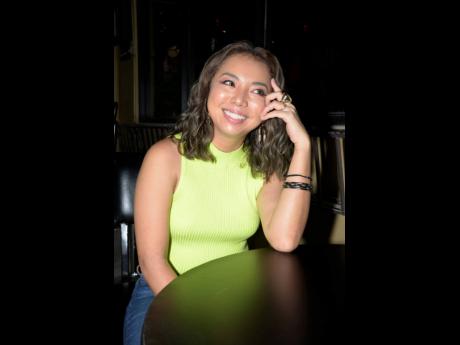 After a visit to the island years ago, Bad Gyal Marie was convinced she would call Jamaica home. 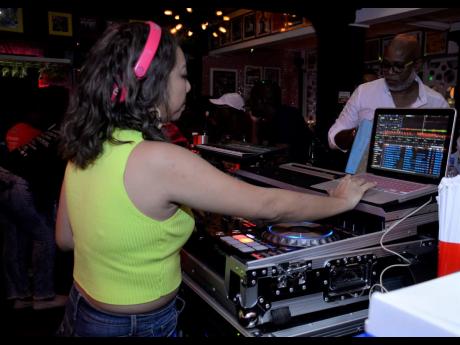 Bad Gyal Marie at the consoles. 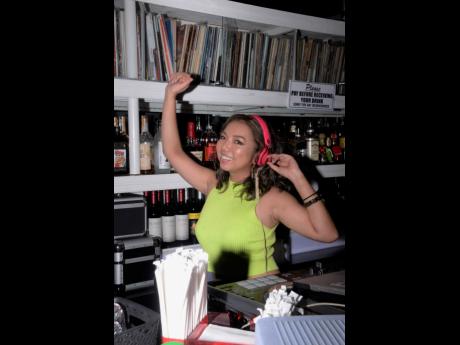 Bad Gyal Marie admits it was culture shock when she saw how Jamaicans partied.
1
2
3
4

It is now familiar among millenials to see a woman at the turntables.

It is, however, quite curious to see a Japanese woman at the turntables, spinning reggae and dancehall music with party-thumping, 'sound-killing' strength.

Small-figured and with an inviting countenance, Bad Gyal Marie is dominating the selector and sound system communities - both in her current home, Jamaica, and her native Japan.

She recently returned to Jamaica after completing a tour in Japan.

In this week's Life of the Party, we learn just how shock can turn into passion - and how a Japanese selector came to Jamaica and built an enviable career.

To answer those questions, Bad Gyal Marie first came to Jamaica as a 19-year-old - a month-long trip where she was culture-shocked in such a good way that she knew it would become home in the future.

"Reggae is kind of popular in Japan, because of Mighty Crown and other sound systems, and some Japanese reggae artistes there," she told THE STAR.

She added that Japan has a reggae and dancehall community that she grew up in.

"But one day, I felt like I wanted to see what is real - and reggae and dancehall comes from Jamaica. So when I was 19, I decided to come to Jamaica on a trip, and that time ... everything was wow!" she said. "First, I saw a real sound system, on the street?! I just could not believe."

She marvelled at Jamaican street dances with roadways completely blocked off to accommodate the 'dance floor'.

"That cannot happen in Japan. There, you play inna the clubs. It's totally different. Everything was just a shock to me," she said.

At the time, she was still a university student. Nevertheless, she stuck to it and came back every year since, for at least a month or two, before resettling permanently 10 years ago.

"That time I decided to make a sound system in Jamaica. I just wanted to be a part of this culture. Before, I'd just catch, copy and do it in Japan. It was nice, but I felt like I wanted to be proud of this," she said.

With speakers imported from Europe and the US, and boxes built from the ground up, Bad Gyal Marie owns and operates Notorious International.

But, she explained, all that was more for her own personal development.

"To be a selector, you go to dance, you're supposed to play two or three hours. But I want to study more, so that is not enough for me. I want to play five, six or seven hours - even into morning. That's what I really want to do. That's why I made it - for my skills and experience," she said.

Her passion is infectious and has spread to many people who turn out to East Japanese Next Door in Market Place on Constant Spring Road each weekend for Beer Mug Fridays, a weekly event that keeps Bad Gyal Marie as an attraction.

"Taka is the owner of this restaurant. It started with just 20 people, playing music inna bar for fun. It was three years ago, and because people love the vibes, now this is a big event in Kingston. Taka and I always talk about this, like we never expect this. But true we just deal with good music, from '60s to '90s, for big people. But now more young people coming, too," she said.

Even so, Bad Gyal Marie has her fans. Stationed behind the bar with her golden, sparkly laptop loaded and firing - the patrons crammed into the small bar were always grooving and happily shouting "Marie!" every time she mixed in the next track.