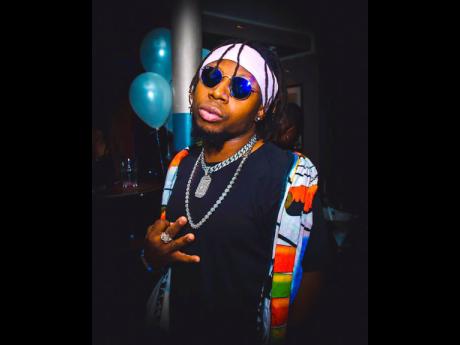 Ug andan artiste Bright-D is dedicated to paying homage to the 'original' genres, reggae and dancehall.

The rising artiste understands that the steady afrobeat takeover of the global pop world is rooted in Jamaica, specifically in the reggae and dancehall genres he grew up listening to.

He recalled that his brother, also an artiste, influenced him to listen to reggae and dancehall.

"But I was fully in hip hop. I was a kid, I didn't know what I was doing. He used to tell me: 'Man, you need to get back and do reggae and dancehall. This is the real music'," Bright-D told THE WEEKEND STAR.

He said that he turned to dancehall before moving to Europe where his parents lived.

"Over there is different, so I changed to hip hop," he said, even rolling with a hip-hop crew for a while. But in 2016, the artiste kicked off a solo career.

Power of the Internet

"Me, doing my thing - I feel more comfortable. When you're in the group, you don't feel like you can do anything you want. I felt like, I'm so talented, I'm wasting my time. Now I'm doing dancehall fused with afrobeat and hip hop - everything. I'm not just staying in one zone," he said.

Wielding the power of the Internet, Bright-D stumbled across the right email address, and connected with a management team that facilitated his first trip to Jamaica in 2018.

"To tell you the truth, there is no difference between Jamaica and Uganda. The only difference is people over there, they're 'fake Jamaicans'. Because of all the musical influence, they try to speak patois, but it's like African patois! But the people and the vibe are all the same. This is my second home," Bright-D said.

Most exciting for him is landing features with Beenie Man and Wizkid. He wrote to Wizkid first, and told him he was working on some projects; the Nigerian wrote back and the link was made.

Bright-D sent over a track, and Wizkid responded by sending back three different ones. One of the tracks was Killing Me Slowly, with Wizkid already on the hook.

But Bright-D still needed someone else, and luckily, by emailing again, eventually landed a direct link to Beenie Man. Visuals for Killing Me Slowly will be released this weekend.