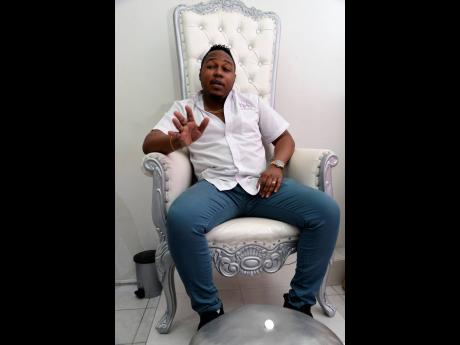 Business operators in Southdale Plaza, the home of Mojito Mondays, have a deadline of January 21 to clear out to accommodate extensive property renovations.

What does that mean for the weekly dancehall party staple? Nothing just yet. But as summer 2020 rolls around, the popular event may have to find itself a new residence.

"Mojito Mondays will continue to be kept throughout the construction at Southdale Plaza. What happens after construction, we're not sure as yet. We're in negotiations with the proprietors," promoter Careem Mullings told THE STAR.

Mullings is also a director of The Terrace Bar and Grill, located at Southdale Plaza. He shared that news of the renovations were rumoured before they were officially notified of the plans in the last quarter of 2019.

"We got notice, but we got it through the grapevine. We didn't get anything official until late October, which was really not enough time for a January move. Moving a business like a restaurant is not easy, but we have to do what we have to do," Mullings said.

The Terrace Bar and Grill proprietors have secured a new, permanent location in New Kingston. They have no plans to return to the plaza. Now, the focus is to reopen for full business next month.

"We know we're going to be completely moved before February, but we're not sure when exactly. We got the place, we signed the lease, but we're doing renovations now. There will be new equipment coming in and new branding. It's a lot of work," he said.

Other businesses like The Wine Shop Bar & Grill have also been issued a temporary closure notice, with assurance of a relocation announcement in the coming weeks.

To Mullings' knowledge, Southdale Plaza's renovations are projected to be completed by June 2020.

"Partygoers don't really have anything to worry about for now. Where it goes after June, that's still up for discussion," he said.