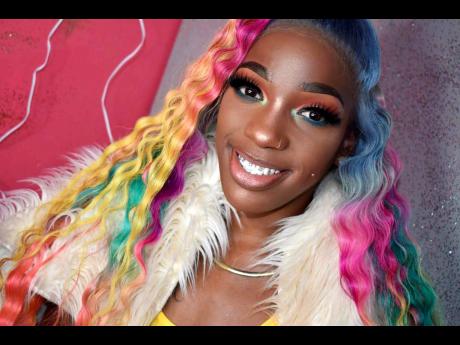 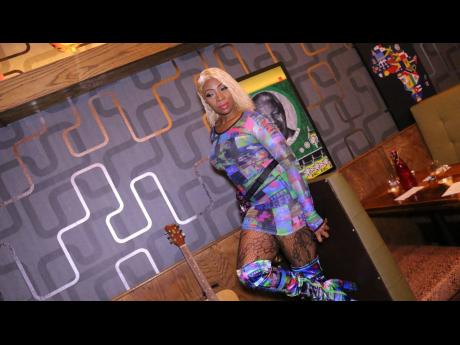 "When we drop dis a road, da song ya is a sure banger. Number one we a go wid dis, we nah ask Christ. Dis affi hit and run the 2020. Nothing less than that," dancer-turned-artiste Tallup said about her new collaboration with dancehall stalwart, Macka Diamond.

The song, Sit Pon It, is a sexy remix of Skillibeng's popular Brick Pon Brick hit song. It is set to drop on both artistes' YouTube VeVo channel today.

Tallup told THE STAR that although she and the Money Oh deejay had no plans of working together, the chemistry was so natural that the song happened almost on spot.

"It was a natural mystic type energy working with Macka, it wasn't anything planned. We both thought about the song in a party when we heard the Brick Pon Brick song," she said. "Things flowed so smoothly that we said to each other, we affi record the song, and me realise say me and Macka have the same work ethic when it comes to music. And the passion we had made it even better. We were so determined that we voice it on her birthday. We left the party (Macka's birthday party last Sunday), voice it and came back and drop it right there."

Tallup and Mackia Diamond both expressed that based on the reaction from the people at the party when the song dropped, they believe it would be a sure hit.

"The moment we drop the song, the people went crazy. The dancer dem get mad. So when the song touch road, a problem," said Tallup.

"The few who hear the preview are excited and so they will definitely love the entire thing. It's gonna do great," Macka agreed.

The song is modus operandi for Macka, who has made it clear that until she retires, she will continue to be as raunchy as she pleases. Tallup sees no issue with that.

"There's no age limit on music, it's about how yuh feel. Celine Dion and dem a do music inna fi dem genre and di people dem nah bash dem and dem nah stop dem from sing weh dem wah sing. Di rapper dem still a sing dem song, anything weh dem want," she said. "People really need fi mind dem business and allow people fi do wah dem wah do and live dem life how dem want. She a dancehall artiste so weh dem expect? She's allowed to express herself if a so she feel. Who are we to judge if a dat she like?"