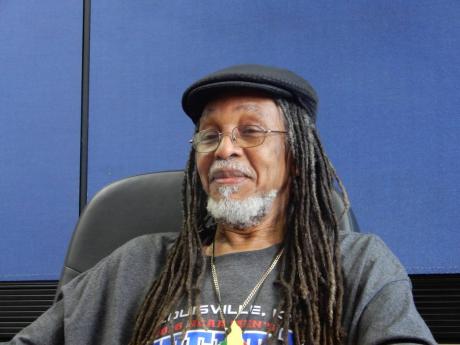 ‘Wire waist’ and ‘fattie bum bum’ are terms rooted in the Jamaican slang dictionary, probably because of the timeless work of reggae artiste Carl Malcolm.

The long-time entertainer is known best for his woman-loving tunes, in which he is either hypnotised by Miss Wire Waist or looking to be smothered by a Fattie Bum Bum – song titles that have become an everlasting part of local dialogue.

Music lovers can find this Carl Malcolm bringing his timeless catalogue and experience to the Rebel Salute stage, at Grizzly’s Plantation Cove this Friday night.

“When I created songs like Miss Wire Waist, all females talking about it. And when I did No Jestering, all the man dem, ‘man ah jester!’ My songs create a slang by itself. If you sing songs about a trend that’s going on now, when the trend goes away, the song goes with it. I try to do songs that I know is gonna last today, tomorrow and forever,” Malcolm told T he WEEKEND STAR.

Interesting trivia: Fattie Bum Bum would not have existed without Miss Wire Waist. Both songs were released in 1975. Malcolm recounted once being approached by a fat woman, who said, “are you the mad one singing about the slim girl dem. What happen? Yuh nuh like fat woman?!”

“So I said ‘yeah! I’m gonna sing a song about you.’ It was a joke, but I like challenges like that,” Carl laughed. After the challenge comes the reward, because Fattie Bum Bum is now the biggest song in his catalogue.

Though Jamaicans would immediately applaud the praise of a heavy-set woman, the sentiment is a bit different in the States – where Malcolm has lived since 1977. He has learned to work around it. “In the States, you can’t call a person fat. It’s offensive. More time I go on stage, I have to tell people, ‘look, you call them fat, but in Jamaica, we call them fluffy.’ It goes over well,” he shared.

livelihood in a new location

Being based in Maryland, in the United States of America, doesn’t keep Malcolm far from reggae music. In fact, he has made it so that reggae music is his life and livelihood there.

Along with his wife and son, Malcolm runs Positive Sound Company.

“It has been in existence for about 30 years. I started to do it long before I gave it a name, because I’ve been in the States since 1977. That’s how we stay relevant.” Additionally, they have a family band called Positive Vibrations, in which his wife is a singer and a vocalist, and his son is a keyboard player – who is currently more interested in engineering. His son’s wife is a backup singer, and there are two other members.

As a result, he’s mainly looking forward to seeing some long-time friends and associates backstage. “I know a lot of them, because in the States, when they come on tour, I provide backlines, instruments and stuff like that. Most of the artistes who come up there, I’ve already met them. But not the new ones. I haven’t met Popcaan or Alkaline and suh. But people like Luciano, Singing Melody, Turbulence, Duane Stephenson, people like those. They come through every year,” he said.

After Rebel Salute, Carl Malcolm will still be a bit busy before heading back home on Sunday.

“I might have to come back in town because a lot of people want dubplates. Since I’m here, every sound man in the world find me and they want a dubplate. I worked all night last night,” he shared.

He added: “It’s a long time I haven’t performed in Jamaica. I’m very happy to be home, and I hope they’re looking forward to having a good time with me tonight.”