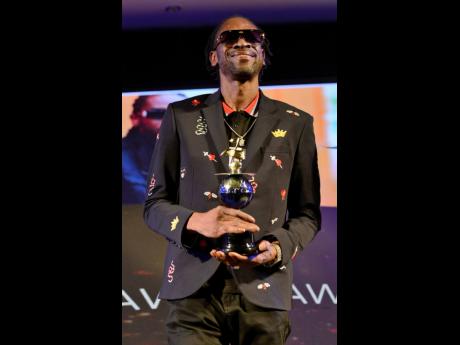 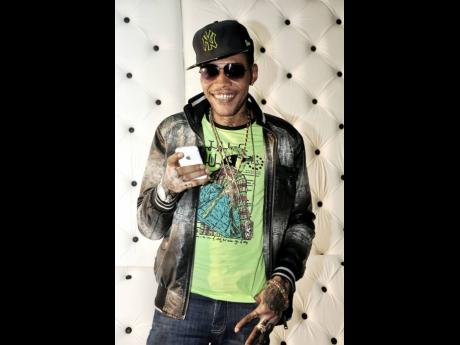 Mandatory shut-in across the globe has encouraged much social media activity, and a heartwarming interaction between dancehall greats Vybz Kartel and Bounty Killer certainly piqued attention.

Bounty is known in the dancehall space for his timeless contribution to the genre with his catalogue. But he is also recognised for his role in 'bussing' many dancehall artistes including Kartel. The 'World Boss' took some time out to remind his one million Instagram followers of that inarguable, genre-shifting fact.

"I wonder if people really appreciate how great this man is. Is just a pity dancehall doesn't have a well organised and streamlined industry ... to truly celebrate the greatness of dancehall 'gads'. Pun intended," begins the extensive post on Kartel's Instagram page.

His post also described Bounty's impact on the dancehall genre as 'ubiquitous and universal'. For perspective, the incarcerated star pulled on some scientific parallels.

"If dancehall's creator was '[Isaac] Newton', Bounty Killer is '[Albert] Einstein' weh upgrade it and in some instances, redefined it or changed it altogether," he said.

Bounty showed his appreciation with a repost and commentary of his own that starts, 'Dancehall's current king speaks'.

In an interview with THE STAR in February 2018, Bounty outlined that he never intended to be seen as a mentor, "I did just want change my life in music", he said.

He added that "As a ghetto yute, how we come up, we think as you get in we have to leave the door open for the next man".

"It was one of the greatest things I did when I shared the platform with you. It's my biggest introduction to the business to date," he wrote. "And I was even amazed a few days ago when I heard Buju [Banton] said you are indeed the man. Respect to him to acknowledge that," Bounty said.

Buju made an appearance on TV recently, where he said that when he was locked up, Kartel was running dancehall. Upon his release almost a decade later, he has observed that the game has not changed.

Not short on text, Kartel's commentary continued well into the comments section (now limited to almost 3,000 posts), expressing affection for 'The Warlord', as father and a mentor, a teacher and provider, who offered him the 'great escape' from poverty.

"Plus the joy weh him bring to di fans and the raw truth weh him talk! Bless up mi general. You make me know say life bigger than badness and street corna! Forever grateful to you from my heart."

Bounty added that the acknowledgment was monumental.

"If a warlord did rule the world, you know the rest. Just looking back at 1999, about 21 years ago. Life is the greatest master. Just like most of the greats, is after we are long gone they gonna realise the difference we had made. Even [when] we gone, we live forever. Love you son."