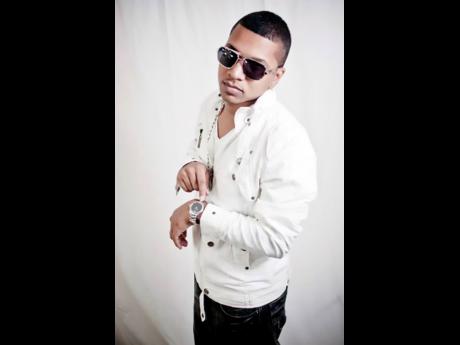 If they keep up the trend, Forever Entertainment's Big Online Par is on its way to becoming as global as COVID-19.

Organised by Keanu Gordon, better known as photographer Shot By Deth, the third instalment of Big Online Par took over the Internet with a firestorm of social media activity last Sunday night.

The impact was enough to hold the second and third slot on Twitter's worldwide hashtag trends list, with the tags #BigOnlinePar and #BIGPARONLINE.

Big Par is an event hosted by Gordon and his colleagues.

"It's an official, actual party that we keep. We always try to bring something different to the place and buss young talent," he told THE STAR. But this time, it was online.

Among the young talents on display last Sunday night were DJs Wylyphe and Kashmatic, in addition to surprise disc jock ZJ Chrome.

Like many other entertainment gatherings, the 'par' was postponed indefinitely owing to the COVID-19 pandemic. In response, the par went online.

The first was on March 15, then again on March 18, which recorded about 5,000 listeners. For the third staging on March 22, the online radio platform hosts were much more overwhelmed.

Stats posted by online radio platform Radiolize, show a tally of more than 29,000 active listeners in more than 30 countries.

Among the listeners was local DJ Stamma, who described the online event as a familiar, integrated experience.

"It reminds of the whole online radio surge we had back in 2006 to 2009. Twitter just became the chat room, and the password or the identifier in the chat room was the hashtag. It felt like this big link-up online. It was really cool," Stamma said. The Big Online Par is all about flexible branding.

"We named it 'Big Par' so we could leave it open to putting something in between. We're going to link up with somebody in the carnival world one day. So when that time comes, it'd be Big Carnival Par," Gordon explained.

He said that the owner of Radiolize, developer Onur Koseoglu, was up with the Forever Entertainment team all night, offering extraordinary technical support.

"We always seemed to go over the number he allows. He doesn't understand because he's not from here," said Gordon.

But Koseoglu, based in Istanbul, Turkey, understood enough to quickly purchase additional servers when it became clear that the Big Online Par was really big.

Gordon shared, "He bought new servers for us and allowed us to have three different streams going on at once."