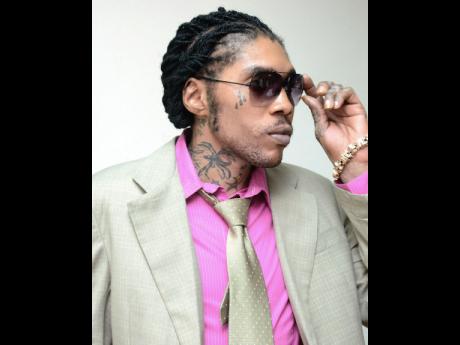 As fans of incarcerated deejay, Vybz Kartel wait with bated breath this morning to learn his fate, members of the Gaza are confident the 'Worl Boss' will be set free.

The dedicated members of the once-popular Gaza fraternity will soon know if their beloved leader, who has spent the last eight years behind bars, is to be reunited with family and friends or remain in lockup for the rest of his life.


The Gaza princess, Lisa Hyper says up until the minute the verdict is made public, she will be engaged in non-stop prayer and fasting. "I'm very hopeful and I remain very positive, and I will stick to saying, 'free Worl' Boss' until he's free. I am not going to stop praying and fasting for him and now that the time is actually here, I'm going to remain hopeful," she said. "With a case like this, dem nah go wah we can predict nothing weh a go happen but I stay praying."

When asked what will happen if things do not work in the deejay's favour, Hyper said: "I'm not even going to think about that. I'm just going to say I'm going to see him whenever he's released. I'm not going to say if, I'm going to remain positive because when dem release mi boss, a nothing but celebration."


Gaza Vice-President, Sikka Rhymes, told THE STAR that he's also looking forward to his release. "It's an overwhelming feeling. It's been a while and sometimes some things happen to show us that we are strong. What God put on the forefront, nobody can't stop that," he said.


Vybz Kartel's cousin and latest music prodigy, Slimatic, is also keeping positive. She said this is the day fans, family and close friends of the deejay have been waiting for; the day he will be vindicated. "I'm very overwhelmed right now
"Like many, I’ve been waiting for this day and it’s finally here. It has been a long wait and now it’s over and I’m very confident that he will be set free and myself and the rest of the family are waiting to welcome him back home where he belongs," she said.

She also expressed a longing to see Shawn Storm reunited with his family. He is also awaiting his fate from the same appeal.

"Shawn Storm and the next two co-accused have been loyal brothers to Vybz Kartel. They are the definition of loyalty and I’m confident that they will be set free as well. They are often forgotten, but their lives matter too. They also have family who are waiting for them to be free."


Speaking of family of the other co-accused, Shawn Storm's cousin and producer of his Kwashawna Records label, Still Yet, says he's looking forward to his cousin returning to normal life. "I'm optimistic and happy to know after so many years behind bars they can get to spend time with their loved ones and family, and continue with their regular lives."