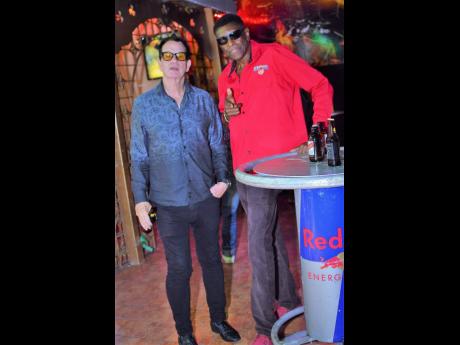 The music industry is good, it's the entertainment industry that is bad. That's the analysis from Stone Love CEO Winston 'Wee Pow' Powell, given the coronavirus pandemic and its effect on life in the business.

And, just how bad is 'bad', given that the brakes have been pulled on live entertainment events, including Weddy Weddy, one of the longest-running weekly sessions every Wednesday? What about the selectors and all the people who would eat from Weddy?

Powell said that for now, he and his team have managed to keep their heads above the water.

"We're coping from our little bambye, until 40 days of fasting begin," he said, quickly clarifying, "Bambye means put away for later."

It was also stated that there would be a revocation of all permits granted for the staging of such events.

Those measures were the first in a series of clampdowns to minimise public gatherings as the national response to the coronavirus outbreak intensified. Since then, Powell has not hosted another 'Weddy' at his Burlington Avenue HQ.

"We did already string up and everything was in place to keep Weddy that night because it wasn't until in the evening, about 5 o'clock, that everything was announced, and we fully understood what was taking place. A few persons passed through, but nutten never gwaan. We always abide by the rules, and if the Government seh lockdown, we just have to be wise, follow the instructions," Powell said.

Powell, who made an attempt to be upbeat in the face of adversity, told THE WEEKEND STAR that he has been spending his time wisely, getting involved in projects which have been on hold while he toured the world with Stone Love.

A producer as well as a sound system owner, he has used this opportunity to get back in his studio, while simultaneously working on other projects.

"One of my projects is transferring analog to digital, which is a task that I wanted to complete for a long time now," he said. "My brain is also very busy with other plans to put in place because I know that all eggs should not be in one basket."

With regard to his expectations after the coronavirus threat has passed, Powell prefers the wait-and-see approach.