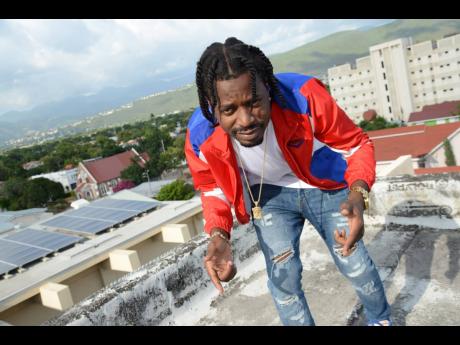 Dancehall artiste Govana is today expressing joy, having joined what he described as an esteemed bunch of Jamaican musical geniuses doing it big for the culture. This after news that the Rapture remix he did with Grammy-winning reggae superstar Koffee was named as one of the songs on the official soundtrack for FIFA 21.

"It's good to be added to the FIFA 21 soundtrack. It's a good accomplishment fi wi community, Spanish Town, fi see me and Koffee on a collaborative effort get to such a massive global platform like FIFA. This is not just a win for us but a win for the culture and the country," he said.

A popular football simulation video game, FIFA 21 is the latest in the online series. Its publishers, EA Sports, dropped the FIFA 21 list of songs on Monday. In addition to the Rapture remix, Buju Banton's Unity, from the album Upside Down 2020, has been included. Beamer (Bad Boys), a project undertaken by internationally renowned producer Rvssian, in collaboration with Nigerian rapper Rema, is also one of the songs.

"Jamaican music, dancehall and reggae, has always had a great influence on the entire world. It reaches so many different diasporas, so many different continents, and it feels good to be among a set of individuals taking it to even higher levels. Fi dancehall really and truly a influence the global market like this, it's a good look, and so mi just wah say big up to Koffee and the team for having me on the remix," Govana told THE WEEKEND STAR.

The Bake Bean hitmaker said he grew up playing football games as a teenager, and he "never think mi woulda ever reach yah so".

"Mi never know mi woulda live fi see this day, but at the end of the day we put in hard work, and we know once we start put in the real amount a work, anything is possible. We never expect it, but we never surprise at the end of the day because a dem thing yah we aim fah -- greatness, some major things," he said.

FIFA is one of the top-selling sports video game franchises in history. FIFA 21 is set to launch on October 9. Govana wants persons to enjoy the game even as they enjoy the Jamaican music.

"To every Govi fan, every Koffee fan, every Buju fan, every Rvssian fan, I hope when unu hear unu favourite artiste, I hope it improve unu game if unu never a play good," he laughed.

"And if unu did a play good, mi hope with the music unu just improve and play even better. I feel that whenever a Jamaican or a lover of dancehall music or a Koffee or Govana fan hear dat track on FIFA 21, it provides a little bit more impetus fi secure a win."