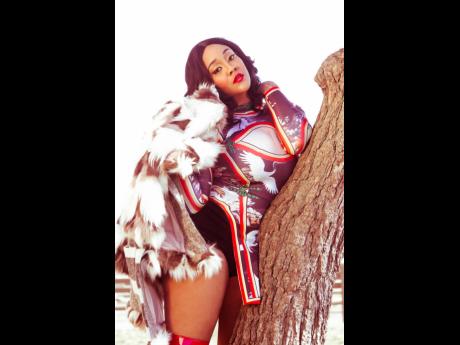 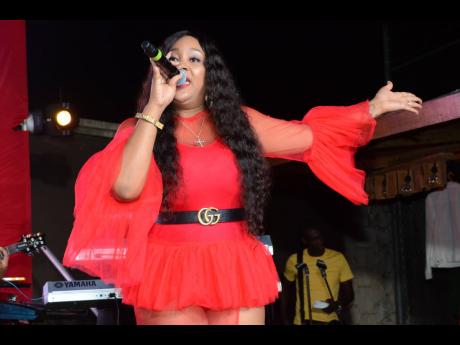 Dancehall entertainer Tifa has been turning a lot of heads lately with her revealing that she has taken the vow of celibacy. And the Dash Out hitmaker said it is not the first time that she has made the decision to abstain from sex. She said that she survived two years, three weeks and five days (or some 756 days) before she last broke her vow.

"I broke it because I met and fell in love with my then boyfriend. I do agree it helps with healing and to prepare a person for the next serious relationship in their lives. For me, I just like to take time for me, between relationships, and personally, I don't mind pleasing myself every now and again until I find the right partner," Tifa said.

The lockdown as a result of the coronavirus pandemic, she said, "made it easy for me to hold to my vow of celibacy and focused on all the other things that were important to me". One of those things, Tifa says, is the production of new music.

Tifa insists that "just because I'm celibate does not mean I haven't enjoyed sex or reminisce on what it feels like". The artiste is known for in-your-face, raunchy tracks such as Man A Come Back, My Man, Big Bumper and the steamy hit collaboration Jealous Ova with Dexta Daps, the male dancehall sex symbol.

"It goes to show that I can be and feel sexy and still not have sex; it does not affect my ability to create music on that topic," the Spell It Out singjay told THE WEEKEND STAR. "That's the beauty about being a writer and writing your own songs, you have real life as well as your imagination as tools to create and write something amazing."

Tifa, who said that she has not had sex in the past year and a half, said her decision to speak about her vow of celibacy is not a means of promoting her new track, All Night Long. "My career was never built on publicity stunts so I don't see why I should start now."

All Night Long is a fiery fusion of Tifa's lyrical prowess and several genres of music produced by DJ Kash of New York's Hot107.9 hip hop radio station. It is tinged with sexual innuendos as it addresses a man's skills, or lack thereof, in the bedroom.

"Every woman has gone through this, we have all met a man who, in our eyes, was perfect with a good personality, maybe lots of money, but has no clue about sex or how to please a woman, and I can relate to this. I'm stating what I want sexually and if you can't give that to me then, thank you, next!"

Tifa has promised deliver an equally peppery video that is sure to keep the heat on.