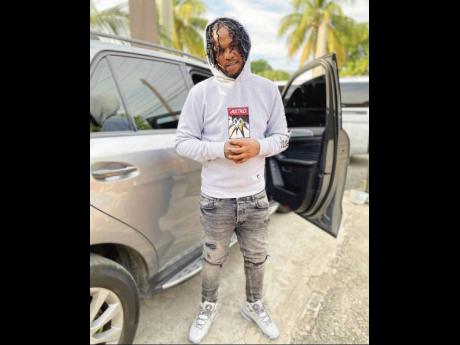 "This song is a very motivational track. The message is inspiring with a catchy, singable melody. Expect soulful, uplifting messages for the young people, reassuring them of life's purpose," producer Dwayne Parkinson revealed. An accompanying music video is slated for a yet to be decided date.

In the business since 2015, Damage Musiq has been steadily building a reputation as a powerhouse label, having worked with a host of big names such as Demarco, Masicka, I-Octane and Shane O. This is not Parkinson's first time working with these artistes. He previously worked with TeeJay on the single From Rags To Riches, and Tommy Lee Sparta appeared on the High Supremacy rhythm; both were released in 2020.

"I think my music is unique and has a lot of substance in terms of instrumentation, dynamic and form," Parkinson said. Other previously released rhythms include Conquest Paradise, Safe House and Civil War.

Like many others in the industry, the producer experienced a few challenges as a result of the ongoing global pandemic.

"It's been good and bad for me; good because my streams have gone up as a result of most people being at home. It's been bad with it limiting my ability to work in my recording studio as often as I'd like to and having to be in a precautionary mode since the virus has emerged," he said. But he added that he has other projects, including other collaborations, lined up for 2021.