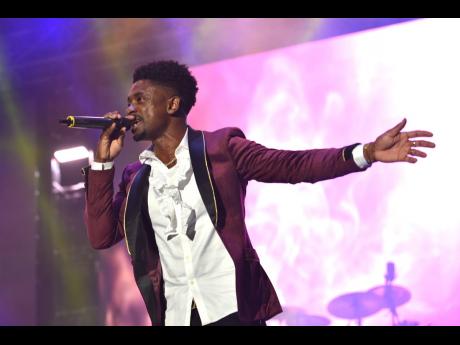 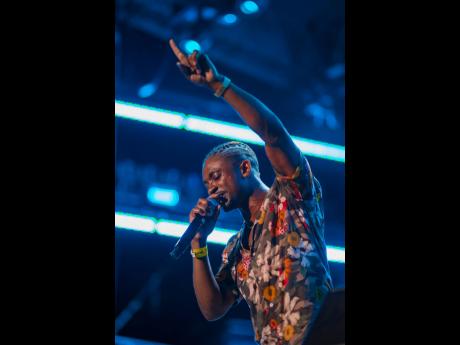 Despite having a career that is now well over a decade old, reggae crooner Christopher Martin says he still gets taken aback by how far music has taken him.

The entertainer, who turned 34 yesterday, recently shot a music video with internationally renowned Jamaican actor Paul Campbell for his most recent single, Rent Free. Martin says he is still in awe that coming from humble roots, he is working with the 'big boys'.

"I never thought I would get here. First and foremost, I never thought I'd be a musician or an entertainer, that path just kinda chose me. I honestly love to sing, but I never imagined all of this. Getting to meet these influential people and these celebrities that I was watching on the TV growing up in Back Pasture (St Catherine) is phenomenal," he said. "To be shoulder to shoulder with them, talking with them, and hearing how much they respect my work and check for what I am doing, I never saw it coming. This has been a blessing, and it just goes to show that life is so uncertain. You never know which way the road is going to lead and so yuh must have an open mind and love weh yuh do."

Martin says he is convinced that it is his passion that brought him to the place where he was able to work with the likes of Campbell. He said having met him, he realised just how much people have been paying attention to him, watching his growth and admiring it.

"I myself, I'm an actor because I did a movie called Destiny, and even Paul told me about it. He said he admired the work I did and I was like 'mad'. To hear those things and see him even talk about my work, it was really humbling," he said. "I really love what I do, and maybe that is why all these blessings are happening. I am doing it for all the right reasons and all the accolades that come with it are just like bonuses."

Martin said working with Campbell has increased his respect for the actor significantly. He said he knew the Third World Cop and Shottas star was talented, but says he never realised just how diverse his acting skills were.

"Yuh see Paul, he's obviously super talented. Yuh see him in all these 'gangster' roles' and all that, but he has so much more depth. He has so many more characters that I was just completely blown away. One minute he can be a British man, and den he's a redneck with a 'down south' accent, then he is an African. He is just a mega-talent with awesome vibes," he said. "And he was so willing to share his knowledge and his experiences; that made me respect him even more. Those moments are something to cherish. When these legendary people are willing to bounce ideas off of you and they're so free with it, it's a blessing. He is a true general and meeting him is definitely one of the highlights of my career, trust me."