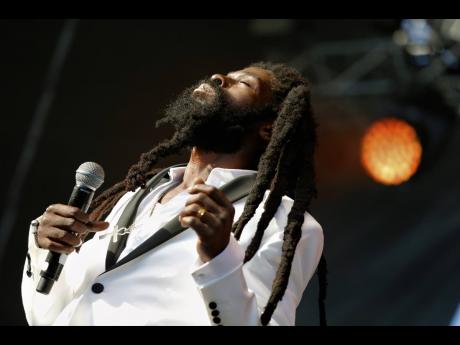 Guinean reggae singer Takana Zion says that his recent single, Energy, which features popular entertainer Sizzla, is a concept that was "four years in the making".

"I started to write this song like four years before I recorded it. I was working on it and then when I went to Jamaica, I decided to make it with Sizzla," said Takana Zion. "Sizzla has such an amazing energy ... and when he sings, you think about the past, the present and the future. So this song is a lifetime song, it concerns everything you can imagine ... we have the energy to fight the fight of good over evil."

Energy, which also has a music video, is just one of 11 tracks featured on Takana Zion's latest album titled Human Supremacy. There is a strong message that he hopes will reach all of mankind through his latest work.

"God the Most High created human beings to have dominion over all things, and instead of men coming together and doing the great work that Jah wants us to do, we use the power that Jah give us to destroy one another. That's why I say, 'human supremacy', without responsibility, is a destruction to you and me ... it mek it look like the animals are better than we are. So, it is a reminder to mankind to take their place and standing where Jah has placed us," he explained.

Takana Zion, who sings in English, French, as well as in Susu, Fulani and Malinke, started to incorporate the Guinean rap and dancehall scene in 2002, and has worked with Jamaican entertainers like guitarist Rohan 'Kip' Gordon and Capleton.