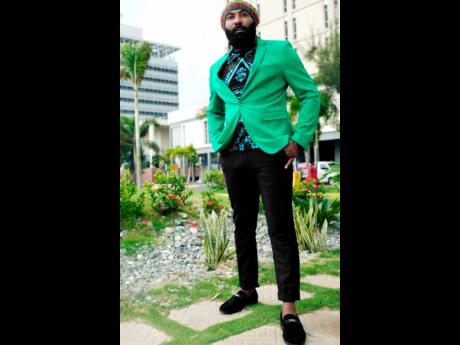 While Cruz cites Brown as one of his favourite singers, he said the accumulated work was not a strategic move, but instead his way of making the most of the pandemic-induced lockdown.

"We just mek a link with the producers, dem send me the rhythms and we just mek music," Cruz told THE STAR. "We get inspiration from the Almighty, we tek inspiration from everyday living ... .We just keep working and keep ourselves occupied and make the best of what is considered to be the worst to some people."

Two of the albums are spearheaded by Tad's International Record, one being a 16-track tribute album to the late trailblazing toaster U-Roy. It will feature some of his collaborative works, like Queen Majesty, The Gorgon, Don't Cut Off Your Dreadlocks, Wear You to the Ball and I'm a Rebel.

U-Roy died on February 17 at the University Hospital of the West Indies. He was 78.

The second album is complete and has 16 tracks, two of which are currently out ( Oh Lord and Jah Cruz Medley) with video treatment.

The other two albums also bear 16 tracks each, one of which is for producer Lloyd 'King Jammys' James.

"I'm very excited about the King Jammys one due to the fact that King Jammys and dem man deh rule the 80s with hit songs and hit rhythms; so I got some of the authentic, original rhythms to sing on," Cruz said.

" Turn It Up is one of my biggest hits on the Ba Ba Boom rhythm from King Jammys, and we never really did an album. I always wanted to do an album with him, but nothing happens before the time, 'cause music works with time and vibes and energy."

The fourth album, Under the Covers, will be released under his label, Shan Shan Records, with a myriad of cover songs.

"We have different kinds of songs on the last two albums: songs for the streets, upliftment songs, songs giving praise, every kind of topic weh you can think of."

Though there are no official release dates for the albums, the first release will mark his eighth studio album. Cruz hopes the projects will be well received for their production and upkeep of "authentic" reggae music.