Guinney Pepper says the pandemic has been good for his career 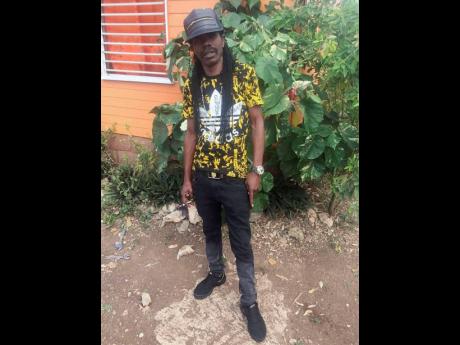 Many artistes have described the pandemic as a nightmare for their earnings, but singer Guinney Pepper says he's made the most money since he started his career in the '90s.

"When me just a go get my real big break the pandemic come. So it never coming like nothing to me anyway cause me did used to the hold back," Pepper told THE WEEKEND STAR. "It coming like is a test from the Almighty fi show mi fi stay firm and mi nah let go mi firmness. So in a di pandemic now, it never hard for me. Di most money me ever mek outta music is in a the pandemic."

He's also been booked for various online shows like 'Bruk Out' in England and private events in Trinidad and Tobago, where he said he has his biggest fan base.

Guinney Pepper, whose given name is Ainsworth Nugent, went viral in 2019 because of a video clip with American TV host Jimmy Fallon and comedian Chris Rock reacting to his 2009 song, Lick the Chalice. In the video, the men joked about Guinney Pepper sounding like a dolphin, which reignited interest in his career.

Since then, Guinney Pepper said he's received many calls from people wanting to work with him, including US-based producer O'Neil Masters. The result is the track King Street, which was featured on the Billboard Hip Hop website earlier this year. He's also promoting the record Loose Gun, produced by Miguel Smith on the Time and Prayer rhythm.

"Sanchez, Luciano, Little Hero, Merciless and a whole heap ah artiste on the juggling, but a my song lead everything," he said. "If you listen to the radio station, sometimes a my song dem play five, six, eight times and no no other song on the rhythm."

The support he's receiving contrasts with the fight he once faced before the Fallon-Rock endorsement. To have more control of his music, he's launched the Nugent International record label which he runs alongside his two children. He's in the process of setting up his home studio and has already recorded a track, titled Family, on his label. The venture also sees him supporting other artistes, as he's recorded singers such as Nature Ellis, Queen Kamarla and Shalom.