Macka Diamond says focus should be on abuse, not the abuser 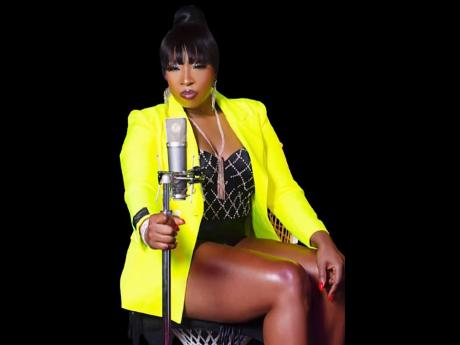 Dancehall artiste Macka Diamond says people should be focused on ending abuse instead of trying to identify the abusers, following the various allegations that have dominated social media since late September.

The entertainer recently shared her story of allegedly being beaten with a board by a dancehall artiste at a studio complex. She said that she was entering her early 20s and going by the moniker Lady Mackerel when it happened.

"I need these people to stop questioning who it is and let us come together and console women," Macka Diamond told THE STAR. "We nah talk bout lock up nobody, find nobody, beat dem up or shoot dem. We want fi find a way where the women can come together and we talk about it on a year-to-year basis or whatever we wanna do and be there for each other."

To drive her point home, she referenced another instance in which she says a promoter in another Caribbean island pointed a gun to her face.

"It's not just beat mi wid board, it's a lot of different kinds of abuse that we go through as females in this world and what people have to understand is, it's about the abuse. We don't care who is doing it. We just want to be able to know that they have to look at us different in this business as women with more respect and love because there's a lot and we're afraid to talk," she said.

Macka Diamond revealed that she is feeling good having aired her story, though she wondered if the artiste would have contacted her with a negative response. Instead, she said people have been reaching out with cash offers for her to spill his name.

"It's crazy, that's not the point," she said. "The point is, I'm standing beside Tanya Stephens and I want to thank her because I didn't know seh no other artiste woulda put them hand pon a female, I thought it was just me alone. Even if it's not sexual, I got hit by someone, she got hit by someone too. I thought her life was okay."

But like Stephens, who used her rape experiences as fuel for her success, Macka Diamond did the same.