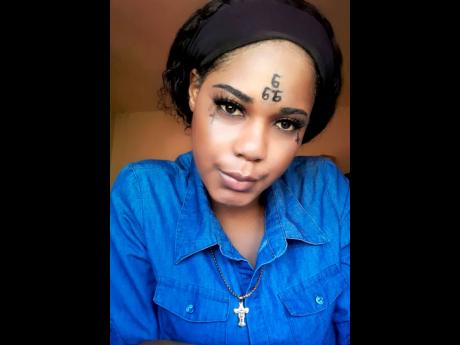 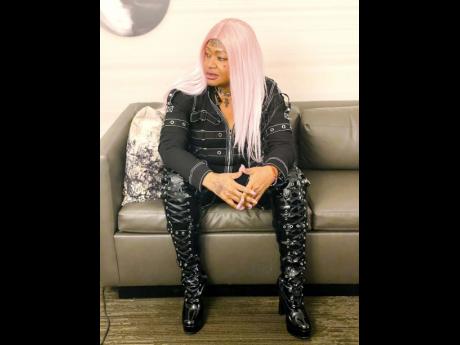 Up-and-coming dancehall artiste Summer Caliente wants to make waves with her music, but her facial tattoos have been stealing the spotlight.

The entertainer received backlash last week for her image, which includes a cross tattoo on her left and right cheeks, and other adornments on her face. Many online users have been likening the 28-year-old to A'mari 'DJ Mona Lisa', but it's a comparison she doesn't mind.

"I welcome it, because as much as people criticise A'Mari, they seem to still be in tuned with her activities and what she has going on, which is what I need for my music right now ... . Some people show their bodies in derogatory ways for attention, be it intentional or not. I don't think my tattoos are as alarming as such behaviour, so people just need to stop being judgemental in that regard," said Summer Caliente. She got her first facial tattoo in January and said the decision was never rooted in getting views.

"My tattoos came about as a way to defy and challenge the norms of society," she said. "It's my way of being free and being who I choose to be within my space."

She did, however, admit to doing something else for attention. Her debut single, Bad F*kk, and her follow-up, Broke Pocket Man, conform to the sexual cliches of women in dancehall, which she hopes will be sufficient to turn heads. She stressed, however, that they are not primarily what she plans on doing.

"Still, those kinds of songs will not be excluded from my catalogue of music," she said. Summer Caliente, whose given name is Trudian Wint, has a double major in economics and marketing from The University of the West Indies, Mona. Growing up in Harbour View, St Andrew, she always had an affinity for music and started recording when she was 15.

"After I graduated Immaculate Conception High School, I went to university, which occupied most of my time. It's after I graduated that I decided to get back into music, as the passion for it came back. I decided that now that I have the time, I would attempt a career in the music industry and see how things go," she said.