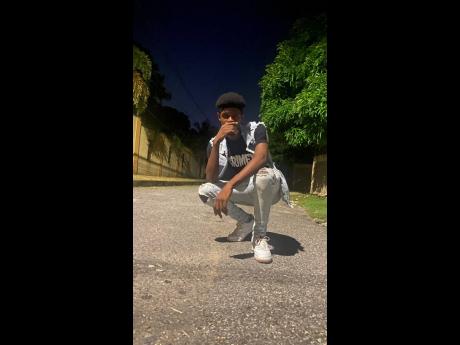 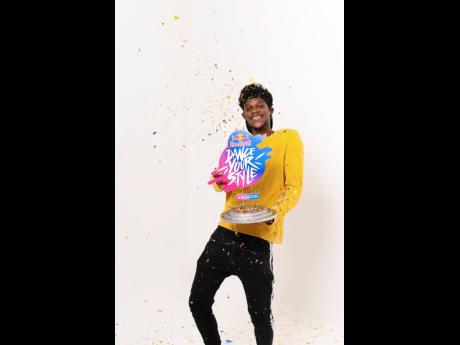 It's a winning 'flexx' for Shemar Brown of Team Cautiion, who emerged victorious in the Jamaica leg of the 2021 Red Bull Dance Your Style competition recently in Kingston.

"A group member had entered and won in 2018 and I had friends entering this year, so that pushed the vibe of taking on this competition and seeing where it takes off," said the dancer, who goes by the moniker Flexx Cautiion. He told THE WEEKEND STAR that because he eats, sleeps and breathes dance, it was easy for him as a creative to get his head in the game and let his moves do all he talking.

The contest, which saw multiple dancers competing for the top spot to represent Jamaica on an international platform in South Africa, went through a series of eliminations. In every showdown, Flexx Cautiion dominated, displaying exceptional talent all the way to the finals. After going 'move to move' with Oneil the Great, it was announced that the 'Cautiion boss' was this year's champion.

The music, he said, was spontaneous in each round, so his strategy was to perform effortless freestyling technique. His dance style is predominantly smooth flowing so once he hears the beat, he gets the vibe and character going, putting his body into autopilot. This natural showcase resulted in scores of supporters cheering on the young dancer.

"The feedback was great. How the crowd reacted honestly made me feel like a star, like I should've come for the title a long time ago," he shared.

The response comes as a welcoming change from the days when all he had was love for the artform, minus the moves. "It is an honour to be representing Jamaica under Red Bull's name in South Africa. I'm still excited after winning a few days ago," he said.

So what's next for the Stony Hill, St Andrew, native? The dance teacher will be continuing his classes with local and international students and he is looking to branch off into video production. As far as the international arm of the competition is concerned, all roads lead to South Africa on December 4. The qualification round starts at the beginning of the month. From there, 16 out of 40 dancers will be chosen to battle for first place. Fans can expect Flexx Cautiion to go 10 times harder than he did in the local competition.

"I've been holding back the good stuff, of course. I had to. I'm going up against beasts and I didn't want to use all my weapons before. Once I get there, I'm giving them everything and representing Jamaica, big and bad. So South Africa, approach with 'Cautiion'," he added.