Ganggoolie says church-goers must wise up 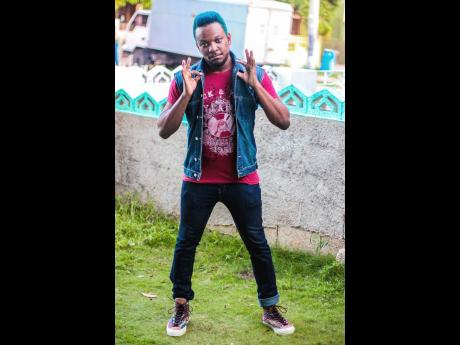 He's known for making music about topical issues, but a recent car accident has kept Ganggoolie out of the recording studio. This hasn't stopped the deejay from airing his views about embattled pastor Kevin O. Smith, who is alleged to have been operating a cult at his Pathways International Kingdom Restoration Ministries in St James.

"Jamaican people too easy fi trick, dem too fool," Ganggoolie told THE STAR. "It's like dem a believe inna pastor, dem nah believe inna di Most High. A nuh the pastor and the church yuh fi believe inna. The church a just the assembly weh people gather and praise the Most High, not the pastor. The Almighty mek this happen so people can wise up, but some people a go still fool."

As someone who attended church as a child, Ganggoolie said he has the utmost respect for pastors but added, "A pastor is like a leader and a leader supposed to lead yuh inna the righteous place, so if a leader a lead yuh inna one different direction, yuh fi cut."

He said that he has also encountered his fair share of spiritual leaders who have delivered God's message without asking for money or favours.

"We haffi wise up as black people," Ganggoolie said. "Dem thing yah a gwaan fi years and it coming like black people love slavery cause politicians do it too, might not as upfront, but a di same thing politician do and we nah just talk who inna power now."

Ganggoolie believes obeah is at the root of the issues plaguing the country.

"All a di youth dem ring load, a bare obeah a wuk inna Jamaica now that's why it gets so disastrous," he argued.