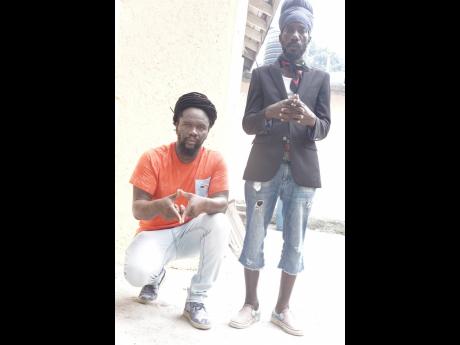 His latest project is Break These Chains, a collaboration with dancehall/reggae icon Sizzla, which was released on October 29.

"My musical career started in 2009. But I was always creating and singing songs long before that. It has been an arduous journey for me to get to this point in my music career. But with great determination and perseverance, I have achieved a lot so far! No one discovered my musical talent! I just have a love and passion for music, and have been pursuing my musical career since then," he said. "Social media has influenced my musical career as people use it as a major form of entertainment. And also it's been a great platform for me to showcase my music to a wider audience around the world." Natty Sean considers himself a spiritual man and this is reflected in his music.

The COVID-19 pandemic has slowed down his travelling arrangements and he can't wait to tour the world again.

"I don't have any overseas appointments for the rest of the year. That's why I'm here in Jamaica, promoting my new song ... which includes the shooting of a music video for the song. Also I will be recording some new songs for my upcoming debut album which will be scheduled to be released in 2022," he said. Natty Sean is also focused on the future.

"In the next two years, I see myself being more knowledgeable and experienced in the music industry and also being able to bring forth great music of substance to the people of the wider world," he said.