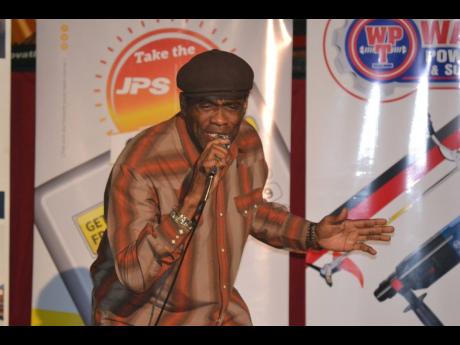 Veteran deejay Wickerman has pledged to use his platform to send a message to end violence towards women and children.

This follows a now-viral video of him calling on Jamaicans to be more loving towards each other and to embrace the values that made the nation great.

In the video, a passionate Wickerman is filled with ire as he questioned what happened to the love that existed where persons looked out for each other. He told THE STAR that the constant cases of missing or abducted women and children and the out-of-control killing of innocent people "get to mi head and mi reach boiling point".

He shared that a recent video of a missing 14-year-old girl who was seen in a sexually compromising situation with an older man was the incident that sent him over the edge.

"People know that these things are happening and they are all right with it? Come on now, these men have mothers, yuh have daughters. Even if, as dem love to seh, the little girl dem bad, you as a big man suppose to know fi tell her seh 'gwaan bout yuh business little girl'. Right now, yuh can't send yuh daughter go shop. Big man a prey pon dem and tek away dem innocence. And it getting worse. Dem a kidnap the woman dem and a rape dem; all now dem can't find the teacher lady [referring to St Ann teacher Ruchelle Williams]. This is not the Jamaica that I know," Wickerman lamented.

He explained that the video was done recently while he was at Buju Banton's studio in St Andrew .

"Even Buju come inna it and seh him feel it to. People always seh entertainer get up every day and a floss pon social media, but a nuh every entertainer stay so. Some of us really care and want to see Jamaica get back to where it was before these heartless gunman and rapist start run wild," said Wickerman.