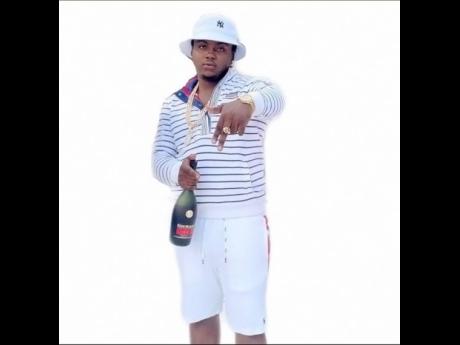 Growing up in May Pen, Clarendon, Retstar was always a fan of music.

"I like to hear new sounds. I choose music because I always wanted to motivate the youths in society and show them that life is bigger than what they thought and saw around them. Music is also in my blood because I grew up seeing my aunt, Mizza Bling, doing music here and there, searching for greatness. Now I see myself getting to love music even more," Retstar explained.

He makes a big statement with his latest single, Big Check, which is due for release on November 27. It was produced by Young G's Records.

"The inspiration behind the song was nothing major, but I was just sitting and thinking as usual, working on my own craft, and the lyrics came to mind. I haven't heard anyone with a song with that title, so I just made the song Big Check because you know, everybody loves money, right?" he explained.

The singjay, who has been doing music professionally for a year, explained what he brings to the table musically.

"[I bring] hit songs, different sounds and craft to the music. I am very good at communicating with others, and I like to read a lot to gain knowledge each day. I am also very confident about what I really want, so I remain humble and focused," said Retstar. The 20-year-old, whose given name is Tyrese Kenneth Walker, said that he got his stage name from his cousin, Milous.

"I was using the name Rettae first, but they take off the 'tae' and added 'star', because I was always different," he shared. Retstar says he hopes to gain international recognition for his music.