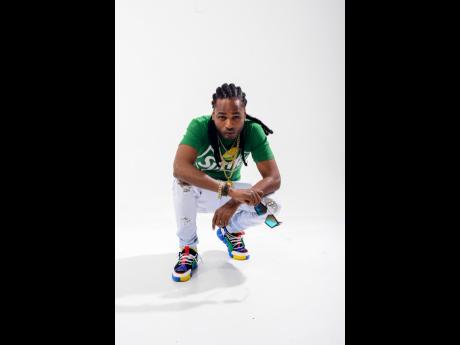 Riddim Force Records is gearing up to release its debut juggling project, Belly a the Beast, on February 11.

The reggae production takes its name from a previous track recorded by dancehall artiste Bramma, which was featured on his 2020 Rugged & Deadly album. Bramma has been working with the label.

"We did already know seh we a go juggle dah rhythm yah because it just did sound different. Then Anthony B heard my song on the rhythm and said the rhythm bad and we should juggle it," Bramma told THE STAR.

Bramma said the line-up came together organically with his uncle and business partner, Ernie Cunningham.

"It's a really good project with heavy hitters like Richie Spice, whose song looks at what is happening in Jamaica which everybody can relate to," he said. "We have Anthony B, who is one of the biggest artistes in Europe. Chuck Fenda's song a talk bout waa gwaan inna society, too, with some youths weh mek some decisions and when the consequences reach dem, dem a bawl. Everything is rounded, plus, we have couple young artistes cause we always haffi make way fi the young youths dem like Mawga Don, with his uplifting song Lead the Way and Fyah George, with We Are That Rock. It's just conscious music and that real, authentic reggae vibe as we mek sure seh everything was played live and Riddim Force mixed everything, too."