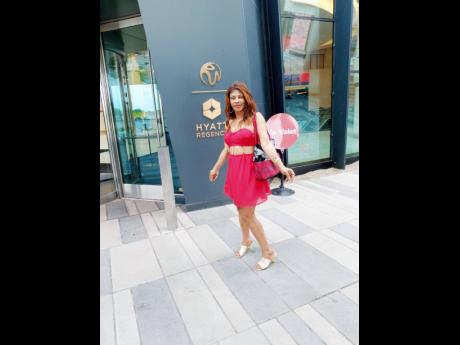 Recording artiste and producer Luhlahlay has brought together a host of talented acts to create the 'Hard Wok' rhythm.

"It is an old-school riddim. We are trying to bring back the old-time feel in the dancehall. Some people have the notion that if you reach a certain age then you're done with, but I want to change that whole view," she explained.

Featuring 14 songs, the artiste line-up includes Powerman, Flourgon, Curly Cash and Addikshan. Luhlahlay is also featured on the project, with two tracks titled Wok Mi Come Fi Wok and Closer Than. With the positive feedback that the project has received so far, the anticipation is high for how far it could reach.

"I hope to go worldwide with this project. It's a solid body of work with some good artistes," Luhlahlay said.

Born in Kingston and currently residing in the US, Luhlahlay has been involved with music from an early age, with her love for the art starting from at age eight. While she has performed at many stage shows, it wasn't until three years ago that she officially started to release music.

"My style of music is mixed because I like all sorts of music, especially dancehall, but I like to keep on a big-woman level. The things that I sing about are really what makes my music stand out. It is also very relatable, it is for everybody; inspirational music, preaching to ghetto girls," she stated. Luhlahlay is also working on several singles, New Young, Youth Man and Faith.