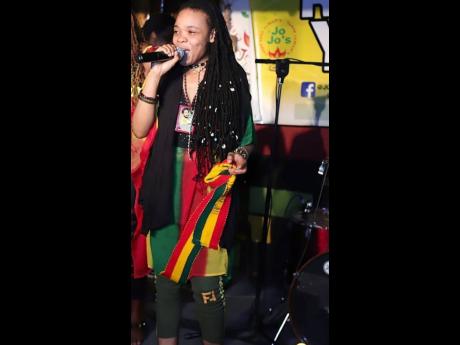 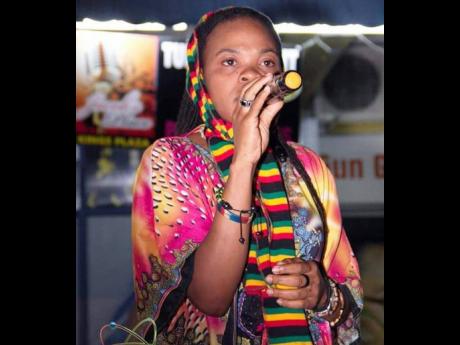 Emerging singer, Moeish, isn't afraid to admit that she has personal favourites from her catalogue, including Grab N Go which was released on her birthday, June 1.

The All Spikes Production single, recorded in 2019, is a motivational number encouraging listeners to pursue their ambitions and desires without procrastination or self-doubt, a message she said is already resonating with many.

"It's a song that people, especially hard-working and independent people, need right now. So, I just linked the producer and told him I felt the feeling that this song needs to be out," Moeish told THE STAR. "The feedback is going really great. I'm working on the music video which I want to get out by August/September."

The St Elizabeth-born artiste has several testimonies of putting her all into her music career despite obstacles. Sharing the stories of many up-and-coming acts who aren't given the time of day by producers, she would compile hot rhythms on a compact disc, write songs to them, then venture to communities and stage shows for a chance to perform them. With the singing gene running through her family, Moeish, whose given name is Sanique Robinson, made her debut in 2008 with Them System. Her networking and groundwork saw her gracing many big stages, even being called up by Sizzla at the 2015 staging of Rebel Salute.

"That was like a dream come true 'cause I always wanted to perform on Rebel Salute ... I didn't know he was gonna do it. I was just on the stage like I normally do when I go to those events if I get the opportunity to be on the stage. But I used to go to Judgement Yard and I always tried to talk to promoters so he knows once I get the opportunity, I'm taking it. I ended up going to Belize that year, my first time out of Jamaica, and people recognised me from that call up by Sizzla," she said.

After a few years of travelling to and from Jamaica to promote her music, she's now living in the US where she did her first live performance at Humanitree House in Georgia last month.

"People will generally buy your music here than in Jamaica ... you get more attention and opportunities because people will literally see you. Jamaica is hard because everybody is an artiste. You will more stand out here because you're doing a different genre."

She said the new location won't change her 'message music' style, nor her primary goals as an artiste. Moeish envisions her annual 'earthstrong' concert becoming a charity event which will fund a boys' home she hopes to establish. She added that even when she gets that hit song, she will never consider herself a 'star' unless she has helped bring another artiste to the fore.