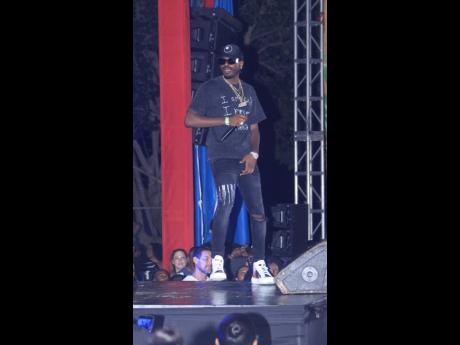 As Jamaica prepares to celebrate its diamond jubilee, marking 60 years of Independence, Jamaicans are reflecting on the history of the nation and look to the future.

In a recent interview with THE STAR, following his World Vibes performance at Dream Weekend 2022, dancehall artiste Govana shared his hopes and dreams for Spanish Town which was the capital of Jamaica until 1872.

Formerly known as Deablo, Govana, whose given name is Romeo Nelson, has always represented for the St Catherine capital through his music and performances. He is among a host of prominent artistes such as Koffee, Skeng and Chronixx who hail from the area.

First known as Villa de la Vega and later St Jago de la Vega, Spanish Town holds much significance in Jamaica's history. It is the oldest continuously inhabited town in Jamaica and is still riddled with historical landmarks and memorials connecting the deep roots of the islands, passed down from Spanish and British colonisation. Over the years, the town has been associated with high instances of crime and violence, but Govana wants the public to understand that there is a different side to 'Spain'.

"Spanish Town has so many truly talented individuals, so much loving individuals, and over the years a bad picture has been painted about Spanish Town and really that's not it. There is way more than just crime and violence," he said. He added that he wants to see the island on a whole grow from strength to strength.

"When you look at the map, Jamaica is really just a dot on the map. But out in the world it is almost like a continent by itself. That is how wide the impact of Jamaica spread. Whether music or sports, whatever it is, it's just great. So I want to see a better Jamaica year to year," he explained.

Govana has become a household name in the dancehall space with hit songs such as Bake Bean, Champ and 1Matik. For the rest of 2022, he said he just wants to focus on putting out good music for his fans while continuing to shine a light on his home town.