Gybra wants everyone to ‘Live Big’ 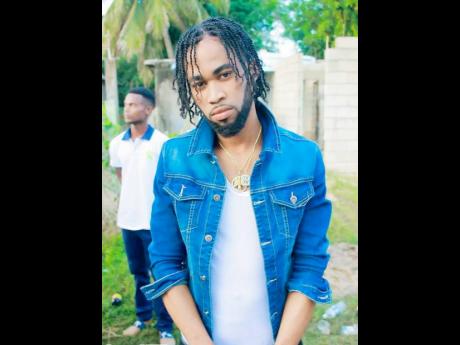 Young dancehall artiste Gybra, given name Jason Lewis, fulfils one of his dreams with the release of his latest project, a track titled Live Big.

"The main idea of the song is to motivate people to push forward and achieve their goals, and remind them about the rich and luxurious lifestyle out there," he said. Live Big is produced by Ernie Hype Muzik and was released on June 26. Gybra has been doing music since he was a teenager, but he only started taking his music seriously four years ago. However, he was first introduced to music when he was seven years old.

"I had an uncle who was very talented as a artiste and I used to listen to him and his friends DJ every day. But, unfortunately, he lost his sanity. That, however, didn't deter my love for dancehall music. So I fell in love with the craft and decided to create my own music," he said. A confident Gybra said that he believes he is destined to be a superstar, as it may be written in the stars.

"I got my stage name from a friend of mine called Halonai, who is an artiste as well. One early morning I got a call from him, and he told me that he had a dream of me performing on a stage in front of thousands of people and they were calling me a specific name, and it was 'Gybra', and the rest was history," he said. Locally, he is inspired by the exploits of singjay Mavado.

"I look up to Mavado because his music has soulful melodies and feeling, plus his legacy is historical," he said. On the international scene, American songwriter, singer and producer Drake motivates him.

"I look up to Drake because of his uniqueness as a rapper, and he is very business-minded," said Gybra.