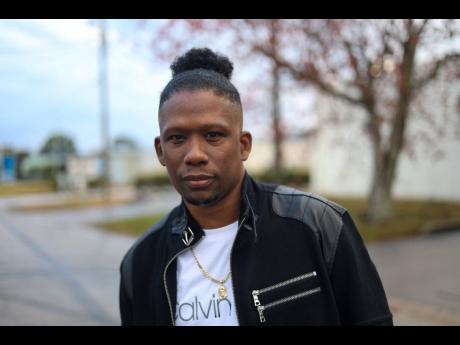 At the time of Wingy Danejah's conversion to Christianity in the mid-1990s, George Nooks was still singing secular songs.

In 2001, Nooks had a runaway hit with his reggae cover of Al Green's God is Standing By. As a contemporary gospel act, Wingy Danejah has long admired Nooks' remarkable comeback as a spiritual artiste. Last year, he reached out to the former roots-reggae star for a possible collaboration, which came in the form of Hallelujah, a song produced by Righteous Records.

"It was like a spiritual connection. My spirit said to reach out to him and I did, on Instagram. I wrote that I felt that we should do a song together, he responded, agreeing, and we went to work," Wingy Danejah reflected.

The uptempo song has received favourable response in Jamaican diaspora markets in Florida, where Wingy Danejah lives. It is a scene that has been receptive to Nooks' gospel songs, which include Ride Out Your Storm and I Must Tell Jesus.

Hallelujah continues a busy 2022 for Wingy Danejah, who started his career shortly after being saved with hip-hop-laced gospel songs like Depend on God and I For Jesus. Hands Up, which was done with Puerto Rican singer Biancallove, and Split Personality are two of his previous singles done this year.

Given ever-changing trends in the music business, he sees nothing wrong with releasing multiple songs within a short period.

"It is important because nowadays it's about algorithms. People tend to get tired of songs quickly," said Wingy Danejah.