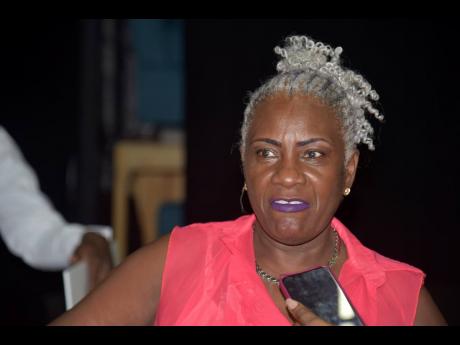 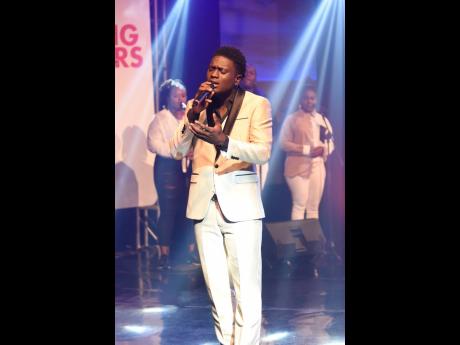 Winner Mozein Sutherland performing at the final of the 2022 Digicel Rising Stars competition on Sunday.
1
2

"I would love to see my son on the Billboard, of course," she told THE STAR after the season 18 finale of the popular talent series. "But for right now, I have to be mindful because he still has his CSEC [Caribbean Secondary Education Certificate exams], and so on, and he is also a footballer, so he has a lot to focus on," she continued.

Sutherland is a 17-year-old student at the Camperdown High School in Kingston. He is also an attacking midfielder on his school's football team. According to him, his mother was the driving force behind him entering the competition.

"I realised that he could sing from grade two at Kensington Primary. Then I had an uncle who played music. He gave him a keyboard and seh 'Here, boy. If you can sing, you will can play it.' So with that we used to just keep on sing songs from people like Michael Jackson. I play a lot of old music, and he would be there singing, and I would just maintain it [the enthusiasm] for him and get behind him and support him all the way I can. I will even get up like 10 o'clock in the night to go karaoke for him to sing," Quarrie revealed of why she motivated him to enter Digicel Rising Stars.

"I just give him everything for singing. All the equipment I just give it to him. At least he stays in and he sings. So even sometime at home, people from the neighbourhood, he invites them to karaoke," she continued.

The days leading up to the finale that took place on Sunday were tough, Quarrie revealed, but she said the family came together to support Sutherland to the finish.

"I know he was tired. It was very stressful for him. Some days he would have to reach school before 7 a.m. then he has football. So sometimes you say to him, 'Mozein, come mek we go campaign', and he says, 'Mommy, I'm tired'. So the work was sometimes up to his brother and myself to campaign because it was really hard. I didn't know it was so hard," she said.

Robert Ewart and Oshene Watson placed second and third, respectively. As the confetti fell and the audience cheered for the finalists, it marked an exciting end to the show's 18th season.

Sutherland went home with a $1.5-million cash prize which he plans to invest in aid of furthering his education.