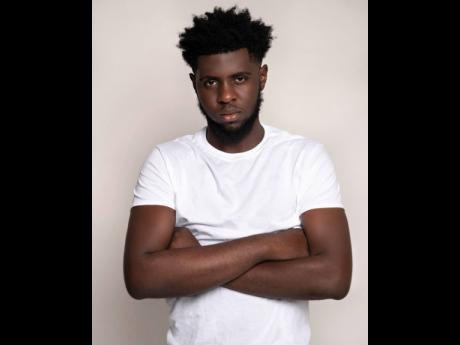 Juggling the third year as a law student at The University of the West Indies with a career as a disc jockey and host sounds daunting, but Fabian Morris has been making it look easy. Introduced on the entertainment scene first as Fyahman, the all-rounder earned his stripes within six months of starting his career, which led to him being recruited by Chromatic Live.

"Hard work really pays off. I put a lot of thought into my craft and how I present to the people when I'm on stage. It feels good to know that people recognise and acknowledge it. I didn't expect this to happen so early in my career, as I believe that slow and steady wins the race. It was in March that I started this journey (so), I'm both astonished and happy at where I am," said the disc jockey who has since adopted the stage name Fyahmatic.

The 21-year-old university student is one of two selectors added to Chromatic Live. Isaac 'DJ Kryptic' Picking is the other recruit.

Chromatic Live is known to be associated with some of the top dancehall acts including Vybz Kartel, Popcaan, and recently Skillibeng, with whom the team's principal Warren 'Creep' Lee has toured - and appeared with - on tours and events such as Rolling Loud.

"Too many disc jockeys or persons within the field put themselves into a box. I like the ability to be multifaceted, and I'm ready to serve in whatever capacity I'm placed in. High energy and vibes ... these are the first characteristics that I was noticed for. I intend to keep that. My job is to help in creating an experience and setting the atmosphere for that to happen. The energy I bring on stage is one that I'd say adds to the collective," Fyahmatic said.

The energetic entertainer said he has been using his Chromatic draft as an opportunity to learn, grow and become seasoned in his craft.

"Chromatic will afford me opportunity to not only mount great platforms and stages, but also meet and connect with people who are also legendary in the industry."

Fyahmatic said he is able to skilfully balance academics with endeavours such as being an emcee or disc jockey, having honed the discipline since his days in high school.

"I won't act like I am superman, but I do get what I need to get done every time. I have had to be very disciplined and determined in order to balance all I had to, while not dropping the ball in academics when I was a student at the Jamaica College. With my current studies, I have broadened my scope since first starting to host and emcee for other disc jockeys in the beginning, and my studies continue to contribute to my talent as it relates to communicating with different audiences," Fyahmatic told THE STAR.

Known as a fireball around the turntables and on the microphone, Fyahmatic said that he anticipates more persons "whether it be corporate, university students, high school students, uptown parties or street dance" will come to recognise and appreciate his talent.