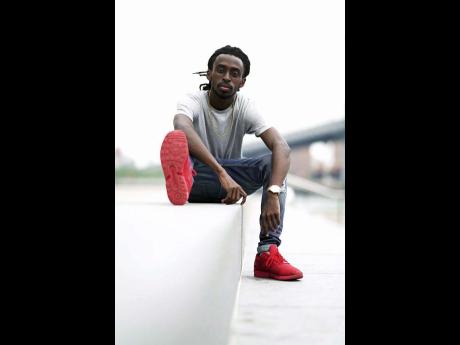 The dancer, known for his numerous collaborations with world-class recording artistes, told THE WEEKEND STAR that his collaboration with Red Bull is a major breakthrough for Jamaican dancing. This is Red Bull's second attempt in recent times to participate in dancehall culture. last June the company had also hosted a sound clash in England which featured Popcaan, Spice, Kranium, Tony Matterhorn, Wiz Khalifa, Chip, a and a slew of other recording artistes.

"I am the first dancehall dancer in history to be signed as an athlete to Red Bul. I have taught Red Bull, employees a class already, and they have attended dancehall classes in New York City, and I have kept it authentic and straight. I show dem Nuh Linga, Della Move, Willy Bounce, Way Up, and Gas I don't water it down,"he said.

Blacka shared that Red Bull is on the right path by assisting with the development of Caribbean culture. He said he tries his best to promote the brands of local dancers through his exploits instead of taking all the glory.

"I always make sure that I credit the creators. For me, this is a very important project ... there is a TV show coming out, and an entire episode is shot about dancehall through me and my crew in New York," he said.

The dancer is expected to embark on his ninth dancing tour in November. He wants to take dancing to new geographical locations. He is promoting his movement titled #danceanywhere, which involves making random appearances at public places in the US and dancing during commuting hours.

"We have to make dancehall cool so that foreigners will want to embrace it ... so what we are doing is putting it in their face," he said.