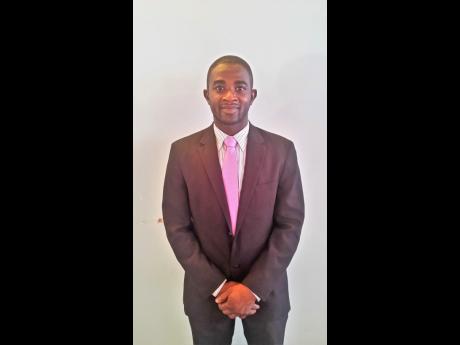 There have been numerous testimonies about God delivering His people from all sorts of illnesses and challenges, some for which persons have prayed for days, weeks, months and years before being delivered.
Well, Dayle Evans of the Faith Apostolic Tabernacle United Pentecostal Church at Salem in Runaway Bay St Ann, easily identifies with the statement.

Evans, who is mission’s president and church secretary at his church, testified that he has been a born-again Christian since 1994.
“The Lord has healed me from ailments. He healed me from sinusitis/respiratory problems. The Lord has really worked miracles in that area,” said Evans.
The church worker stressed that from a tender age he was troubled with serious allergic reactions towards most proteins, forcing him to consume only vegetables.

He added that he was almost like a vegetarian.
“I started praying about (allergies). I was usually ill and had to be taking medications all year round. My face was swollen at times, due to allergic reactions. I got my deliverance over time," he said.

Evans pointed out that the Lord delivered him from his allergies. He stressed that he started consuming the foods which were affecting him, after praying and believing that God would have delivered him.

The young church leader noted that the Lord gave him the freedom he needed in order for him to once again enjoy eating the things he loved.

His allergies were so bad, even some colognes bothered him.

“I would just start sneezing to the extent that I sometimes experienced itching in my face, which at times got swollen and everything like that. But I am over that now because God has delivered me through prayer and my belief that He would have done it for me,” said Evans.

Evans shared that God has been good to him also as a schoolteacher. He added that the Lord has also shown up for him at the school he currently works.

He said God has seen him through a number of promotions.